Chittorgarh fort has a long history from the time it was built. The fort had been sieged by many rulers. The warriors fought the enemy bravely while the women performed jauhar so that they cannot be taken away by the enemy.

There are many legends related to Chittorgarh. Some of them say that Chittorgarh was previously called Chitrakut and was ruled by Moris while the other say that Chitraranga built the fort and so was named Chittorgarh. There is also a legend in which it is stated that Bhima, brother of Yudhishthir, struck the ground which became a large reservoir of water and now it is called Bhimlat Kund.

Alauddin Khilji attacked the fort in 1303AD in order to capture Rani Padmini who was very beautiful. She was the wife of Rana Ratan Singh. Though Rana showed her to Alauddin Khilji in the mirrors but he still wanted to capture her. Rana was captured by the Khilji who gave a proposal that Rana will be released if rani comes to his harem. 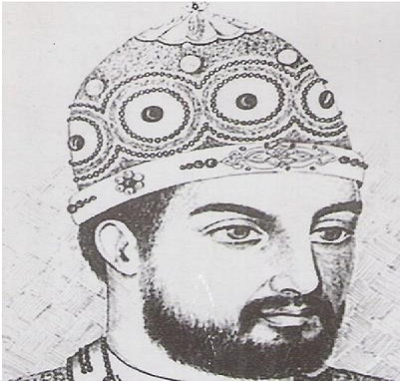 Rather than going to the harem, rani sent 700 soldiers who rescued the rana but were defeated in the battle that as fought near the fort. Rana was killed in that battle and Rani Padmini along with other women performed jauhar. Alauddin won the battle and appointed his son Khizr Khan as its ruler and named the fort Khizrabad.

Khizr Khan was pressurized to give the power to Maldeva who was killed by Hammir Singh. In his time, the kingdom of Mewar grew in wealth and prosperity and his dynasty came to be known as Sisodia dynasty. Ketra Singh succeeded Hammir Singh in 1364 and he was succeeded by Lakha Singh in 1382. Rana Kumbha was the grandson of Lakha Singh and he took up the throne in 1433.

Rana Kumbha was the son of Rana Mokal and he reigned from 1433 to 1468. During his reign, he built around 32 forts in order to secure his kingdom. One of his forts is Kumbalgarh that is built near Udaipur. Rana Kumbha was killed by his son Rana Udaysimha to gain the throne. 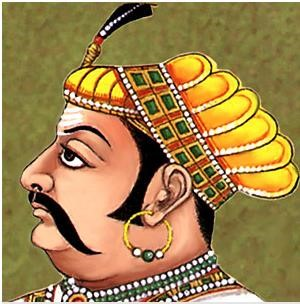 Rana Raimal was succeeded by Rana Sanga who was his youngest son. Rana Sanga, also known as Sangram Singh, elevated the prosperity and pride of Chittor and Mewar. He defeated the Gujarat rulers and Ibrahim Lodi. He was defeated by Babar in the Battle of Khanwa fought in 1527. Though the Rana escaped but was killed in the attack on the Chanderi fort. The death of Rana Sanga led to the decline of Rajputs and the fort was besieged by many rulers.

Bahadur Shah was the ruler of Gujarat who attacked the fort in 1535. Due to the attack, around 13,000 women performed jauhar and around 3,200 Rajputs went for fighting. Rana Udai Singh and Panna Dhai escaped from the fort and went to Bundi.

Akbar attacked the fort in 1567 during the reign of Rana Udai Singh II. Shakti Singh went to Akbar after quarrelling his father. But when he came to know that Akbar was planning to attack Chittorgarh, he returned back and informed his father about it. After knowing this, Rana Udai Singh hid himself in the hills of Udaipur while Jaimal and Patta defended the fort but were killed in the battle which was fought for four months.