The possibility to operate in either FDD or TDD mode is allowed for efficient use of available spectrum according to frequency allocation in different regions.

Nominal value of 5 MHz that can be adjusted.

The carrier frequency is designated by the UTRA Absolute Radio Frequency Channel Number (UARFCN). This number is sent by the network (for the uplink and downlink) on the BCCH logical channel and is defined by Nu = 5 * (Frequency uplink MHz) and ND = 5 * (Frequency downlink MHz).

Time division duplex is a technique by which the Uplink and the Downlink transmissions are carried over the same frequency by using synchronized time intervals. The carrier uses a 5 MHz band, although there is a low chip rate solution under study by the 3GPP (1.28 Mcps). The available frequency bands for TDD will be 1900–1920 MHz and 2010 – 2025 MHz. 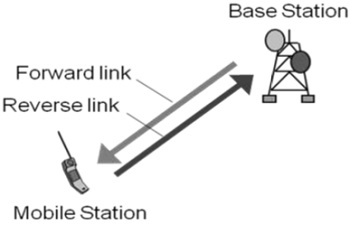 In case of Time Division Duplex, the forward link frequency is same as the reverse link frequency. In each link, signals are transmitted continuously in turns − just like a ping-pong game.

TDD uses a single frequency band for both to transmit and to receive. Further, it shares the band by assigning alternate timeslots for transmitting and receiving operations. The information to be transmitted can be voice, video, or computer data in bit-serial format. Each time interval can be 1 byte long or may be a part of several bytes.

TDD alternates the transmission and reception station data over time. Timeslots can be of variable length. Due to the nature of high-speed data, the communicating parties cannot mean that the transmissions are intermittent. Transmissions that appear as simultaneous are actually competing each other. Digitally converted into analog voice, no one can say that it is not a full duplex.

In some TDD systems, alternative time intervals are of same duration or having both DL and UL; however, the system does not need to be symmetric 50/50. The system may be asymmetrical as required.

The real advantage of TDD is that it is only a single channel of the frequency spectrum and it doesn’t require band guards or channel separations as the intervals take place using timeslots. The disadvantage is that the successful implementation of TDD requires a timing system. The precise timing to both the transmitter and the receiver is needed to ensure that the time intervals do not overlap or interfere with another.

In Frequency Division Duplex (FDD), the forward link frequency is not the same as the reverse link frequency. In each link, signals are continuously transmitted in parallel. 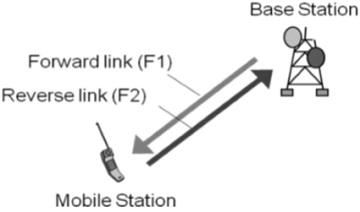 FDD requires two symmetrical segments of spectrum for the uplink and downlink channels.

In a cell phone with a transmitter and receiver, operating simultaneously in such close proximity, the receiver has to filter as much of the signal from the transmitter as possible. More separation of the spectrum, the most effective filters.

FDD uses a lot of frequency spectrum, generally twice of the required TDD spectrum. In addition, there must be adequate spectrum separation between transmission and reception of the channels. These bands keep saying − it cannot be used, they are unnecessary. Given the scarcity and cost of the spectrum, they are real disadvantages.

FDD also works on a cable where transmit and receive channels are given different parts of the cable spectrum, as in cable TV systems. And, filters are used to keep the channels separate.

The drawback of FDD is that it does not allow special techniques like multiple antennas, multiple input-output (MIMO), and beamforming. These technologies are an essential element of the new strategies Long Term Evolution (LTE) 4G cell phone to increase the data rate. It is difficult to make broad enough bandwidth to cover both sets of antenna spectrum. Circuit complex dynamic adjustment is required.

The radio channel is a communication medium shared by several users in a geographic area. Mobile stations are in competition with one another for the frequency resource to transmit their information flow. Without other measures to control concurrent access of several users, collisions can occur. Since collisions are undesirable for connectionoriented communication such as mobile phones, personal/mobile subscriber stations need to be allocated the dedicated channels on request. 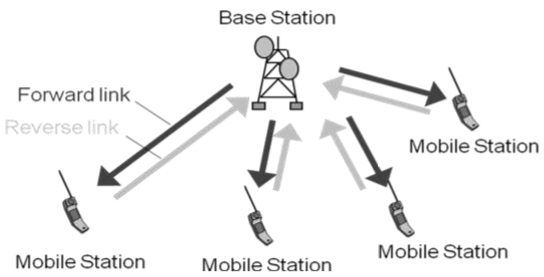 The mobile communication, sharing wireless resources on all users, must be communicated to identify the user. While identifying the user, it is referred to as "multiple access" (Multiple Access) that is receiving a radio wave of a number of transmitting stations in a receiving station (as shown in the following image).