Code Division Multiple Access (CDMA) is a digital cellular technology used for mobile communication. CDMA is the base on which access methods such as cdmaOne, CDMA2000, and WCDMA are built. CDMA cellular systems are deemed superior to FDMA and TDMA, which is why CDMA plays a critical role in building efficient, robust, and secure radio communication systems.

Let’s take a simple analogy to understand the concept of CDMA. Assume we have a few students gathered in a classroom who would like to talk to each other simultaneously. Nothing would be audible if everyone starts speaking at the same time. Either they must take turns to speak or use different languages to communicate.

The second option is quite similar to CDMA — students speaking the same language can understand each other, while other languages are perceived as noise and rejected. Similarly, in radio CDMA, each group of users is given a shared code. Many codes occupy the same channel, but only those users associated with a particular code can communicate.

CDMA, which is based on the spread spectrum technique has following salient features −

The CDMA Development Group (CDG), founded in December 1993, is an international consortium of companies. It works together to lead the growth and evolution of advanced wireless telecommunication systems.

CDG is comprised of service providers, infrastructure manufacturers, device vendors, test equipment vendors, application developers, and content providers. Its members jointly define the technical requirements for the development of complementary systems CDMA2000 and 4G. Further, the interoperability with other emerging wireless technologies are meant to increase the availability of wireless products and services to consumers and businesses worldwide. 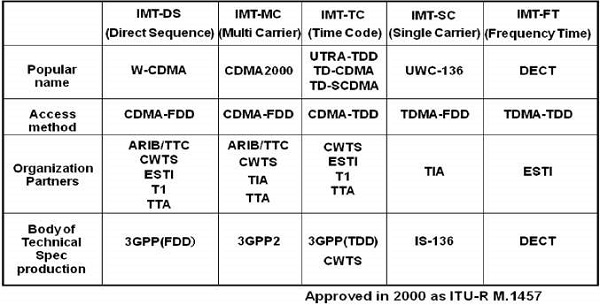