Whenever a cellular subscriber passes through one base station to another, the network automatically switches to the other respective base station and maintains the coverage responsibility. This behavior called "hand-off" (Handoff) or "hand-over" (Handover).

In FDMA or TDMA cellular system, a new communication can be established after breaking the current communication at the moment of handoff. Communication between MS and BS breaks at the time of switching the frequency or timeslot. 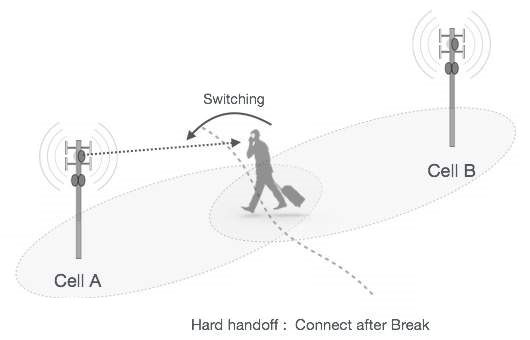 Note − A Walsh sequence is a part of Orthogonal Codes, whereas other sequences such as PN, Gold, and Kasami are shift register sequences. In case orthogonal codes are assigned to the users, the output of the correlator in the receiver will be zero except the desired sequence, whereas synchronous direct sequence receiver receives the same code sequence which was transmitted, so there is no time shift between the users.