Caution! Subtitled Files Can Hack The Devices When You Watch Movies

Subtitled files are allowing hackers to read your information. These files are targeted for malicious software attacks that are being used to control devices like (Smart TV, Computer and Mobile Device). Check Point researchers has discovered this vulnerability. 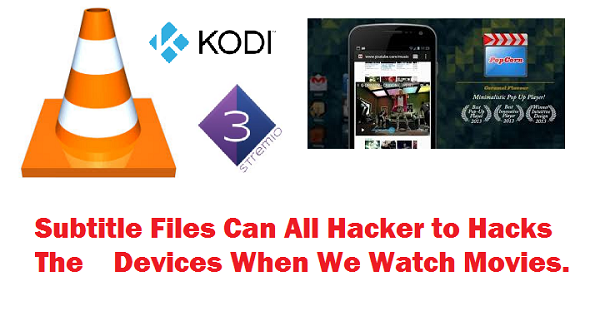 People generally wish to see subtitles for translated movies. However, hackers are taking advantage of this and exploiting viewers in a rather shocking way.

A team Check Point has discovered this vulnerability in the four most used media player applications, where hackers are able to access viewers device via vulnerabilities via PC, Smart TV or Mobile device with the code inserted in the subtitles.

The following are the vulnerable media players which are downloaded by 200 million devices.

“We have now discovered malicious subtitles which could be created and delivered to millions of devices automatically, bypassing security software and giving the attacker full control of the infected device and the data it holds,” CheckPoint researchers said.

These vulnerabilities reside in various media players ie., the subtitled files which are used for spreading into your personal computers that can hamper hundreds of millions of the computers at the risk of getting hacked by the attacker.

As soon the media players read the malicious sub-titles the displays the actual subtitles on the display but this also grants full control permission on the device (Smart TV, Computer and Mobile Device) on which we watched the subtitle.

How the Subtitle Malware works on the Devices 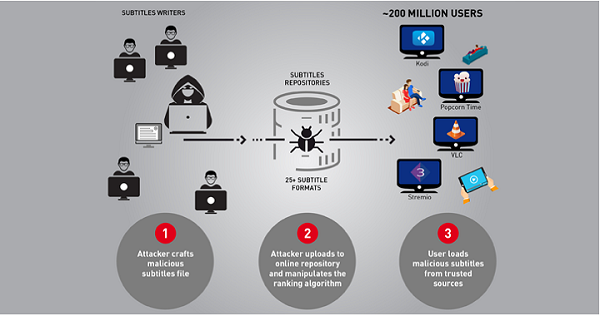 How to Fix this Subtitle Hack

Checkpoint researchers contacted the Media player developers with the vulnerabilities which they discovered in their software’s which are mostly released in the April 2017.

For instance in VLC, the attacker can leverage on memory corruption bug.

A fix has been developed and it is available with VLC repository with the latest version of 2.2.5.1

A fix has been released for Kodi 17.2

To Download the fix manually you can use the below links