Although common throughout the United Kingdom, the attire is mostly linked with England and is occasionally referred to as a historical or national costume, frequently worn to symbolise the English gentleman and lady. In the UK, some people still opt to wear components of country dress in casual settings because they are durable, useful, comfortable, and fashionable. 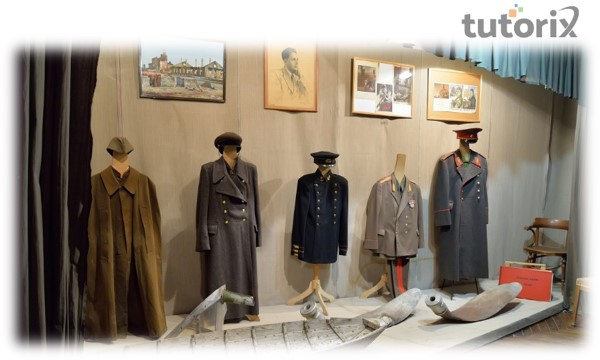 What does British Country Clothing Refer?

British country clothing, more popular as English country clothing, is the traditional attire worn by men and women in rural Britain. It is the clothing of choice when engaging in outdoor activities like walking, picnics, and gardening as well as sports like equestrian pursuits, shooting, and fishing. Along with horse races, country weddings, beer festivals, and country fairs, it is also a way of life.

During the late 19th and early 20th centuries, wealthy individuals who resided in the British countryside, as well as those who visited for pleasure, favored traditional country attire. Representatives of the British ruling elite who did not own country homes would journey to the countryside for athletic activities hosted by English country house owners, necessitating the need for sturdy apparel. Unlike the clothing that was once simple and only known to be worn in the home nation, the design’s prominence has led to productions on the high street. Many of the iconic tailors who manufactured some of the very first great nation’s traditional clothing still exist today, and some have even been conferred with a royal warrant.

Nowadays, people also choose to incorporate elements of national apparel with modern designs, like a tweed jacket with denim trousers. Many elements of British country clothing have even been used by designers to create everyday styles. It has also influenced the evolution of preppy and Ivy dress in the United States and Canada.

Headwear: Flat caps, Irish walking hats, deerstalkers, and trilby hats are among the country’s traditional hats. Some individuals will don a quasi-style of hat, nevertheless, in accordance with the weather, social situation, and activity. Felt is often used for the trilby hat, whereas tweed or cotton are typically used for flat caps. A classic trilby hat accessory for both sexes is a feather affixed pin that can be worn on the side of the hat or on the lapel of a jacket.

Footwear: The activity that the wearer is involved in, the weather and terrain circumstances, as well as the wearer’s social environment, all play a role in determining footwear. The most popular forms of footwear include leather country boots and natural rubber wellington boots because they shield the wearer from water and mud on the ground. Leather brogues are normally the footwear of preference when carrying a tweed suit, although this also hinges on the occasion or activity.

The exteriors of English country coats are frequently waxed and quilted. According to the original color scheme used when the pants were first created, which also contained navy in combination with dark olive green, the classic version is dark olive green with a brown corduroy collar. Another common country jacket design is the gilet. Due to their longevity, corduroy jackets as well as coats are also sometimes worn as weather protection. In the UK, gilets and fleece jackets have also gained popularity as country wear.

Tweed suits and sport coats: The British countryside has always been connected with tweed, so when Prince Albert bought the Balmoral estates, he developed the Balmoral tweed before even laying the foundation stone for Balmoral Castle. Prince Albert created the Balmoral Tweed to emulate the granite highlands of Aberdeenshire for stalking; the Tweed uses natural pigments to blend in with its surroundings. Authentic country fashions include tweed breeks and a Norfolk jacket.

Since the 1840s, just before Catherine, Lady Dunmore, started to dress the British feudal system and landed gentry, tweed suits—typically consisting of a jacket, cardigan, and trousers (or skirt)—have been a symbol of the English country nobleman and lady. They quickly gained popularity because they offered a useful but smart-casual look.

Some people still wear tweed suits nowadays for both work and social occasions. Outside of formal occasions, the three-piece suit is typically worn with a Glen plaid or Gingham shirt, a tie, or a neck scarf for ladies, and is rarely worn. Some people decide to dress warmly in a knit sweater or jumper while maintaining a casual appearance.

Due to periodic photo releases of famous people dressed in country attire, period television dramas like Downton Abbey, as well as the previous Every Creature Great and Small, also contribute to the fluctuating prominence of British country clothes. Representatives of the British royal family, including Queen Elizabeth II and indeed the Prince of Wales, have been seen doing this. They attend horse races and tour royal estates like Balmoral and Highgrove while dressed in traditional country clothing. Because of its increasing popularity, modernised versions of traditional country attire have been created to appeal to younger consumers; some of these designs, such as those by Dolce and Gabbana, have even drawn inspiration from Queen Elizabeth II.