As said, teen clothing is the kind of dress sense that a teenager does maintain. Teenage clothing in our country is mostly affected by the place of residence, culture, and heritage. Aside from these, western countries had a significant influence on the lifestyles of their colonial countries, which influenced the fabrication style as well. Now let us look at teenage fashion before and after the advent of Westernism. 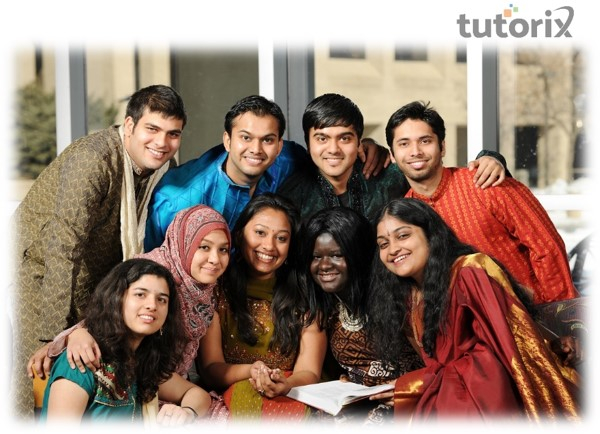 The teen wear includes both boys and girls; so, we will discuss here both the terms separately −

In Indian tradition, a teen girl is usually allowed to cover her body with a jacket, a skirt, and a saree (called “voni” in the Indian language). Indian culture believes that a lady should never be seen in a bad manner by anyone. When she reaches puberty, a voni beautifully conceals her body.

Clothing for a Teenage Boys

In the same way, a boy who has got his teen on is mainly encouraged to wear a dhoti along with a towel on his shoulder. This means that he has got into the age where he is taking household responsibility on to his shoulders. As he is the pillar of the house, his body should always be maintained at a cool temperature. According to Indian tradition, the masculine organs of a person who wears a dhoti are significantly healthier than those who do not.

However, with the advent of Western culture substantiated by globalization and liberalization, teen clothing has extended its form. The number of ways to design a shirt has reached an all-time high. Some of the different available formats of Western teen wear are −

Let’s discuss some of the common teen dresses −

A T-Shirt Dress is one of the most basic western teen outfits because it consists of only a T-shirt and a trouser or simply a skirt. But it looks very classy. Many international actors do usually appear in this kind of attire during movie conferences and all.

As the name implies, a bodycon dress is the kind of dress that hugs the body tightly. These dresses are very tight, hug tightly to the body, and give a great look to the one who wears them.

This is a kind of dress in which there will be a chudidar, a pant, and a dupatta. This is one of the most comfortable dresses a lady can wear. There can be different varieties of this chudidar dress too. You can wear a skirt instead of pants to make it look more official.

When a chudidar is worn with a skirt, it is called a lehanga. This looks very attractive and comfortable. This got into the market in the late 2010’s.

Strapless dresses first appeared on the market in the late 1930s. But these gained popularities in the late 2000’s. In this kind of dress, the top portion of the dress is removed such that it looks bare at the neck portion, and the remaining portion will be as usual, just like the lehanga and chudidar.

This is a kind of dress that’s been in use since kings and queens. It has a very long skirt type of fabric. Its fabric is awesome. It is a transparent kind of fabric. This is usually worn by grooms during their shaadi in most places.

This is the most common teen wear during the 1930’s. It is just like a strapless dress, but it does have two thin strips on the shoulders. This dress will have a cut at the thighs such that it appears as if the dress is torn. Many star designers have worn this kind of dress in many ceremonies, which has made this dress very popular.

This type of dress has a piece of cloth that only covers the thighs. The remaining parts of the body are left bare. This teen wear is used often by many youngsters in their love mode. They are showing an interest in wearing these kinds of dresses when they are with their loved ones.

This dress has two functions. One has pants, namely trousers, and the other does not. When worn without pants or trousers, it resembles a T-shirt type of teen dress; when worn without trousers or pants, the length of the shirt is increased slightly up to the thighs.

Jeans dresses are also quite popular in the stream of teen dresses. This kind of dress can be worn for parties, gatherings, and even professional meetings. That is the biggest benefit of this kind of dress.

This teen clothing is updated on a daily basis, just as trends change. Clothing plays a major role, right from covering the body from nature to attracting people towards us. From ancient times till today, this clothing has gone through several beautiful modifications by several of the greatest designers. And, for one thing, fashion should be designed in such a way that it is accessible to everyone. Whatever the clothing is, it should be accessible to everyone.