Since the Bronze Age, when individuals from numerous cultures first moved there, Vietnam's history of clothes and textiles reflects the growth of its culture and tradition. It also exhibits the long-lasting cultural legacy of Chinese influence as well as the brief French colonial rule. The lively cultural interactions that took place with those other cultural influences have had a significant impact on Vietnam's dress history. As a result, a distinctive Vietnamese dress style eventually emerged, of which the o dài is just one example. 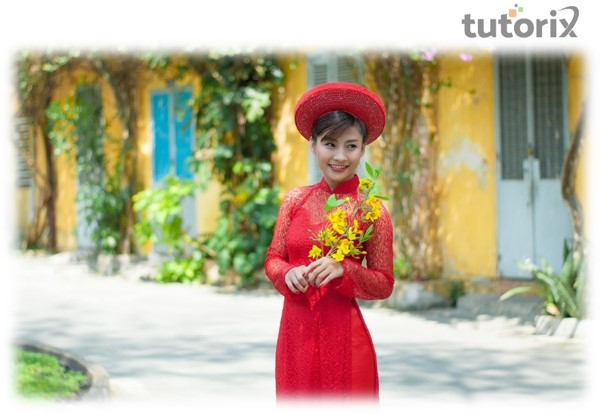 Since the beginning of time, Vietnam has produced and utilized barkcloth, cloth made of banana fiber, and silk. Before cotton became widely available, kapok and hemp were also frequently used as textiles. The Chinese in the north and the independent Champa monarchy in the south, which drew influence from Indian civilisation, respectively, ruled over the Vietnamese for at least a thousand years. The Vietnamese clothing patterns that developed at this time included both indigenous and imported foreign elements; the upper classes tended to be more sensitive to these foreign influences than the common people.

The majority of modern-day northern Vietnam is referred to in ancient Chinese writings as the Baiyue region. Due to the Tai people's political and cultural dominance in Baiyue, when the Tai nobles first came to Northern Vietnam during the Dong Son dynasty, they started an assimilation process known as "Taiization" or "Tai-ification" that involved the native Mon-Khmer and Kadai people. This led to the acceptance of Tai people's clothes and the development of Tai people-inspired dress trends.

The autonomous state of Na Nyue was founded by a Chinese general and flourished from 204 BC until 111 BC. However, as there were few Chinese in the Kingdom of Nanyue, only the affluent were truly influenced by Chinese dress. The nobility of Nanyue wore a hybrid of Chinese and Tai clothing. The majority of the elite's clothing was a V-shaped collar gown that was closely fitted and folded to the right, and it was influenced by Qin dynasty and Warring States era Chinese design. The clothes were layered, with three layers being the standard, and the sleeves were frequently tiny and straight.

The Vietnamese Conquest by the Chinese

When northern Vietnam gained independence from China, the Vietnamese elite embraced Chinese clothing and created distinctive indigenous Vietnamese fashions that were nevertheless heavily influenced by China. Vietnamese commoners and residents of the surrounding areas, who resided in territory that was technically under Vietnamese control, progressively wore Chinese dress, although their attire differed from that of the governing class. Vietnamese and other ethnic minorities' male commoners started to dress primarily in Chinesestyle shirts and slacks.

With reference to the Han and Tang dynasties, when Dai Viet was a part of China, Lê Qu Ly explained the shared cultural status between Dai Ngu and the Ming in a poem he wrote in the 1400s to describe his country and his government to the envoys of the Ming dynasty: "You ask about the situation in Annan. Simple and pure customs define Annan. Aside from that, formal attire follows the Tang system.

The Han Chinese forced their long-haired style on Vietnamese men who had short hair during the Fourth Chinese Domination of Vietnam, as a result of the Ming dynasty's invasion during the Ming-H War. A Ming official gave the Vietnamese one month to stop cutting their hair, let it grow long, put on Han Chinese clothing, and quit using hair dye.

Based on the lessons he had taught the prince who would later become Emperor Le Thai Tong, scholar official Nguyen Trai and his colleagues wrote The Geography (Du dia chi) in 1435. He explained how the Vietnamese's distinct language and dress code set them apart from their neighbors.

Restoration of the Lê Dynasty

For ceremonial and important occasions, since the Restored Later-Lê era, the emperors have always donned a Long Bào robe and a Xung Thiên cap. The various pictures and photos of kings from the Ming, Joseon, and more modern Nguyn dynasties provide evidence that this tradition—wearing the Long Bào— has been practiced for a very long period in a very large region.

Before 1744, people from both the north and the south wore this item with áo giao lnh (a kind of long skirt). The Giao Lnh apparel made its debut in Vietnamese history following M. Yuán's eventual suppression of the Trng Sisters' insurrection, and maybe even during the first Chinese occupation of Eastern Hàn. People in lower social classes choose simple colors and sleeves with the right widths.

Throughout the period of unification, people in Vietnam's north and south continued to dress according to regional traditions. People in the northern regions wore a wide variety of clothing, but those in the southern regions continued to dress in their traditional attire and grew more and more alike. When the Vietnamese started to absorb the majority of the Cham and Khmer Krom residing in their recently won southern lands, the process of "Vietnamesizing" the Cham and Khmer Krom led to their adoption of Vietnamese-style dress while keeping numerous distinct ethnic characteristics.

Following the adoption of the Chinese governmental system and culture during the 1,000-year Chinese rule, the Vietnamese believed they were a tiny version of China and that their neighbors to the outside, such as the Khmer Cambodians, were barbarians (the Middle Kingdom). By the Nguyen dynasty, the Vietnamese were forcing the Cambodian Khmer to adopt Han Chinese culture by preventing them from engaging in "barbarous" customs like cutting their hair short and ordering them to let it grow out, as well as compelling them to give up skirts in favor of trousers.