Women in sets of blouses and wrappers with head ties in West Africa, both men and women frequently don the wrapper, also known as the lappa or pagne. Both formal and informal variations are available, and they can range from straightforward draped garments to fully customized ensembles. The fabric that was utilized to make the wrapper will determine how formal it is. 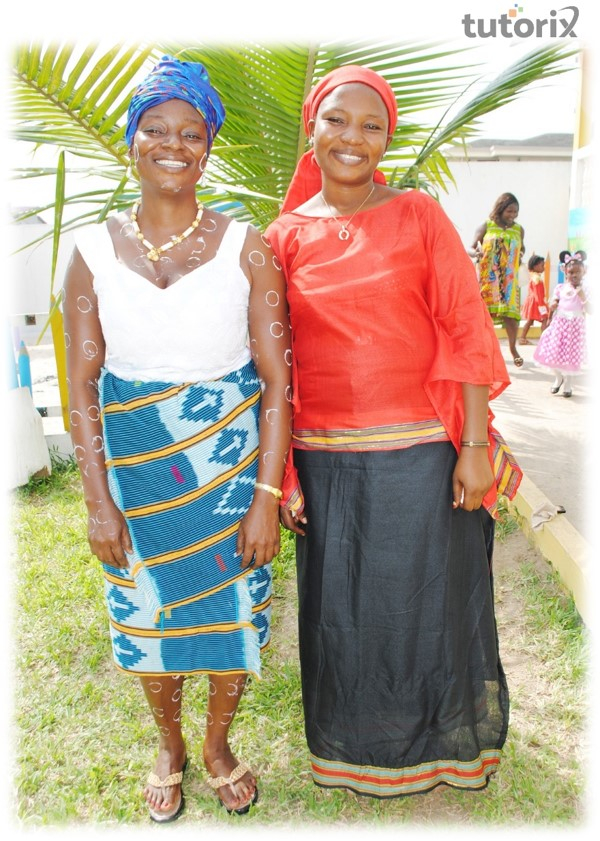 What does Wrapper Clothing Mean?

The wrapper clothing, also locally popular as lappa, or pagne, is a creatively and natively designed colorful dress usually worn by both men and women, especially in West Africa. Wrapper clothing is available in both types formal and informal versions and varies from simple draped clothing to fully tailored ensembles.

Women in West Africa typically wear an over-the-shoulder garment called a kaftan or caftan. The term "boubou" (which is French for "boo-boo") is used to describe this robe, which is the traditional female attire in various West African countries, including Senegal, Mali, and other African countries. The boubou comes in both formal and informal varieties. How formal a kaftan is determined by the fabric used in its construction or design.

An iro, pronounced i-roh, is a common name for the wrapper in Yorubaland, Nigeria. Translation: The word "act of wrapping" A gele is a matching headscarf or head tie that is generally worn with the wrapper. It is pronouced geh-leh in Yoruba. A buba (pronounced "boo-bah the iro"), a gele (or "head tie" in English), and a headscarf are the three components that make up a complete wrapping costume. It is customary for men to wear an agbada. Multiple meters of highquality fabric are needed for a wrapper.

The name "pagne" describes a certain cut of untailored cotton fabric (two by six yards) and kind of print, especially in Francophone West and Central Africa. Pagne is widely used throughout the majority of tropical Africa, and its designs can be used by the user to convey a variety of social, economic, and occasionally even political connotations. Despite variations in size, intended design, and function, it is analogous to the Khanga, Kikoy, or Chitenge of Eastern and Southern Africa. The pagne can be used to create a variety of garments, such as the boubou, dresses, and western-style suits. Additionally, it can be tied as a sling for infants or objects whether worn in its untailored form as a wrap, headtie, or skirt.

The word "pagne," which is probably derived from the Latin word pannum, was first used by traders in the 16th century to designate frequently pre-existing fabrics or clothing that was distinct from plain fabric. The Portuguese term pano, which originally meant fabric, is where the word paan in the Dutch language and other languages has descended from. It appears to have initially referred to East Asian textiles traded in East and West Africa, before becoming a name for a specific length of commercially printed cloth sold in coastal West Africa (a yard, later two by six yards).

In the Western World

The term "wrapper" is an older one for a casual house garment in the UK and North America. Nowadays, alternative terms like "dressing gown" (UK) and "housecoat" (US) are more frequently used.

Men weave Aso Oke cloth. The main source of cotton brocade is Guinea. The brocade fabric, which is made of cotton, is shiny and polished. The cloth known as "George," which was first used to make saris in India, was soon adopted widely by African royal and noble houses. Ijaw craftsmen are well recognized for their George wraps. "Shain-shain fabric" is another term for lace. Linen—linen kaftans—are a formal look. Dressy apparel should be composed of satin.

It is mandatory to wear a head covering or head tie with a kaftan. During the wedding ceremony, the woman dons a kaftan that matches the dashiki worn by the groom. White is the traditional color for weddings in West Africa. The most popular non-traditional color is lavender or purple, which is the color of African royalty. Another well-liked non-traditional color is the color of love, blue. Women in mourning frequently wear black kaftans. However, there are some areas of Ghana and the United States where women do wear black-and-red or black-andwhite patterns. The kaftan has supplanted other types of women's attire as the most popular option throughout the African diaspora.

Buba refers to a blouse or shirt (pronounced boo-bah). The buba (head tie) is worn with the gele and iro, which are referred to in Yoruba as the "upper garment" (wrapper). Guys wear it with sokoto (trousers) and fila (hat). The buba, sokoto/iro, and fila/gele are a set of three clothing worn by the Yoruba people of South Western Nigeria.

Several women are seen donning head ties, blouses, and wrapper ensembles. In West Africa, men and women alike frequently wear the wrapper, also known as the lappa or pagne, in West Africa. There are formal and informal variations of it, ranging from straightforward draped garments to elaborately tailored ensembles. Depending on the fabric used to make it, the wrapper's formality will vary.