Personalities are often described in terms of their tendancy to be open or closed. It means that while some people appear to be interactive even from a distance, the same cannot be said of a few whose body language appears to be secretive, close, and silent.

People with open personalities are expressive, interactive, and hands-on. They also are, at times, aggressive and argumentative. They tend to make extensive use of hands while speaking.

This is a relaxed person who wants to have a conversation. However, a person with uncrossed legs and leaning forward to put his elbows on this thighs could be worried about something.

Open arms may point at a frankness of opinion and presents an open and honest image. Politicians normally use their arms to wave at people and raise them with open palms to sign trust and faith.

People with closed personalities are the ones with hidden motives. They tend to cross their arms, cross their legs, keep hands close to their body while speaking, and a one-tone voice.

This stance gives the impression that you have already taken your decision and you are going to defend it no matter what. It’s hostile and discourages discussion.

Crossing of Legs When Seated

Putting one leg over the other leg’s knee is both a defensive and an aggressive message. It tells the person talking to you to not waste time explaining his points.

Arms in Front of Body

It is normally a sign of nervousness and can be seen in people who are either aspirants in an interview or first-time employees on their first day.

Crossing of Legs in Standing

It could either mean a relaxed frame of mind or an interest to have a conversation on a topic. People crossing legs while standing like to share their knowledge on a particular subject. 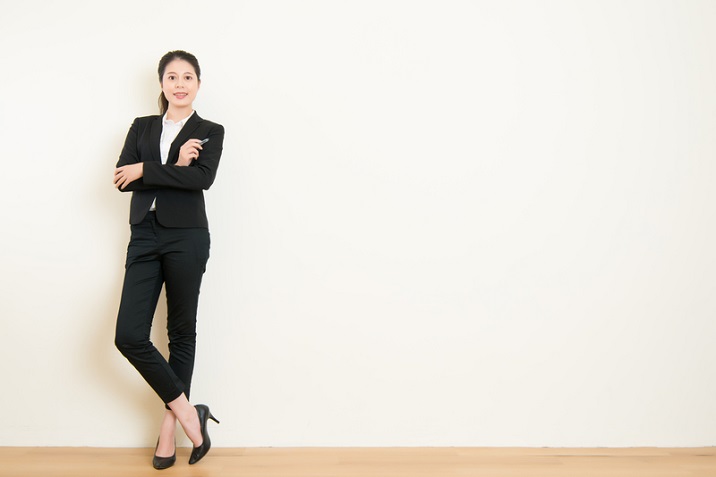