It was the morning of 26th September, 1960 when presidential candidates John F. Kennedy and Richard M. Nixon sat down for the first of their round of debates to be held during their individual campaigns while running for Presidency.

Kennedy was a relatively unknown face that time, whereas Richard M. Nixon was a seasoned campaigner with the clear advantage of being a two-time Vice-President. In comparison, Kennedy was just an inexperienced senator from Massachusetts. Kennedy was clearly the underdog in this debate and expectations were high on Nixon winning the debate comfortably.

The debate was getting aired on radio and television simultaneously. When Nixon arrived for the debate, he looked shallow and underweight due to his being recently hospitalized earlier that month, to treat the infection that had developed in his knee when he had slammed his car’s door on it.

But when compared to the pale, sickly and weak-looking Nixon, Kennedy was a picture of calm and assurance. His bronzed tan skin was glowing in comparison to Nixon’s sweaty, balmy face, especially because Nixon had denied to wear make-up before the interview began. 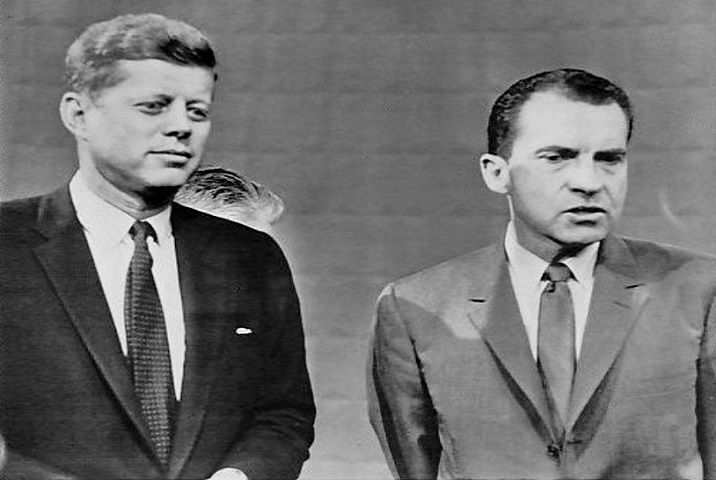 When he stood up to address the studio audience, he made good references and put many noteworthy points in front of the people. Those who were listening to the entire debate on radio were confident that Nixon would win, but the studio audience could notice that he constantly kept wiping his forehead and had a blank, weak expression on his face. It was clear that the operation was hurting him still.

As compared to him, Kennedy wore an assured look throughout the evening. He wore perfect makeup and was impeccably dressed. He was smiling a confident smile and modulated his voice beautifully. Not only did he explain things in a precise way, but he also spoke directly into the camera as if talking out to every viewer who was watching this debate on television.

So it hardly comes as a surprise that when it came to the TV-watching audience, those who watched the debate got a straight picture that Kennedy was the clear winner. The listeners were much lesser in numbers as compared to the 70-million odd television viewers so the word spread fast and wild about Nixon’s implied loss to Kennedy.

This image of confident Kennedy supposedly bashing the underprepared and seemingly dodgy Nixon on prime-time, was built up intensely and ultimately resulted in Nixon losing the elections to Kennedy. Although to be fair, Nixon did make a terrific comeback and performed excellently- and looked much better- in the subsequent elections, but the impression had been made and the public had given the verdict.

This was a watershed moment for politicians and people all over the world and this brought the focus squarely on the importance of public figures paying importance to their appearances and mannerisms. Image consultants started being hired to present a perfect picture to the public.