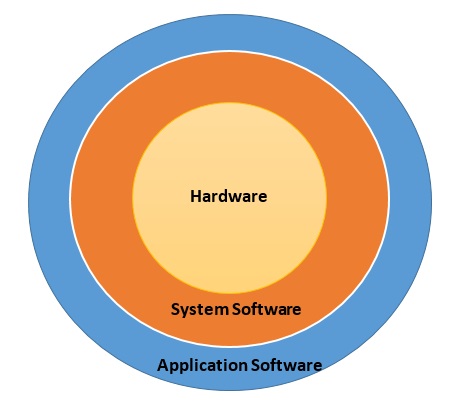 Operating system (OS) is the lifeline of computer. You connect all the basic devices like CPU, monitor, keyboard and mouse; plug in the power supply and switch it on thinking you have everything in place. But the computer will not start or come to life unless it has an operating system installed in it because OS −

Besides initial booting, these are some of the functions of an operating system −

One of the earliest operating systems was MS-DOS, developed by Microsoft for IBM PC. It was a Command Line Interface (CLI) OS that revolutionized the PC market. DOS was difficult to use because of its interface. The users needed to remember instructions to do their tasks. To make computers more accessible and user-friendly, Microsoft developed Graphical User Interface (GUI) based OS called Windows, which transformed the way people used computers.

These are the advantages provided by assembly level programming −

The major advantage of assembly level language was its ability to optimize memory usage and hardware utilization. However, with technological advancements computers had more memory and better hardware components. So ease of writing programs became more important than optimizing memory and other hardware resources.

In addition, a need was felt to take programming out of a handful of trained scientists and computer programmers, so that computers could be used in more areas. This led to development of high level languages that were easy to understand due to resemblance of commands to English language.

The advantage of using an interpreter is that they are very easy to write and they do not require a large memory space. However, there is a major disadvantage in using interpreters, i.e., interpreted programs take a long time in executing. To overcome this disadvantage, especially for large programs, compilers were developed.

However, compiled programs execute very fast on computers. The following image shows the step-by-step process of how a source code is transformed into an executable code − 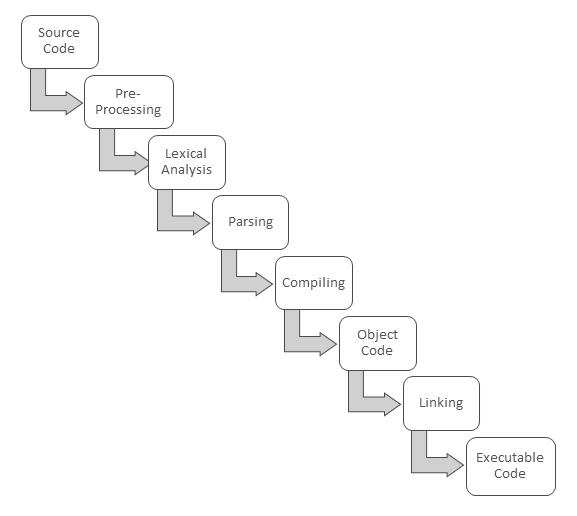 These are the steps in compiling source code into executable code −