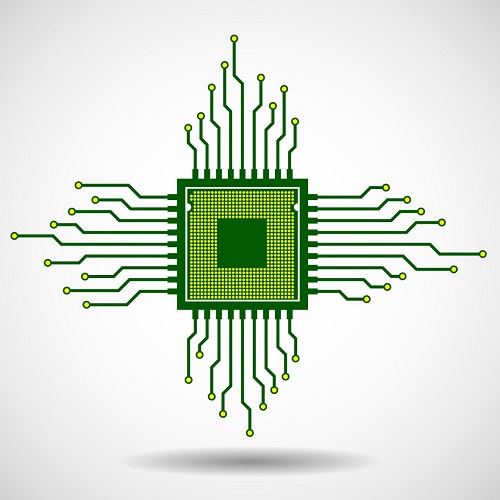 We will study the characteristics and components of a microprocessor in detail.

These are the most important defining characteristics of a microprocessor −

Every microprocessor has an internal clock that regulates the speed at which it executes instructions and also synchronizes it with other components. The speed at which the microprocessor executes instructions is called clock speed. Clock speeds are measured in MHz or GHz where 1 MHz means 1 million cycles per second whereas 1 GHz equals to 1 billion cycles per second. Here cycle refers to single electric signal cycle.

Currently microprocessors have clock speed in the range of 3 GHz, which is maximum that current technology can attain. Speeds more than this generate enough heat to damage the chip itself. To overcome this, manufacturers are using multiple processors working in parallel on a chip.

A command given to a digital machine to perform an operation on a piece of data is called an instruction. Basic set of machine level instructions that a microprocessor is designed to execute is called its instruction set. These instructions do carry out these types of operations −

Compared to the first microprocessors, today’s processors are very small but still they have these basic parts right from the first model −

Microprocessor has two types of memory