wxObject is the base for most of the classes. An object of wxApp (wx.App in wxPython) represents the application itself. After generating the GUI, application enters in an event loop by MainLoop() method. Following diagrams depict the class hierarchy of most commonly used GUI classes included in wxPython. 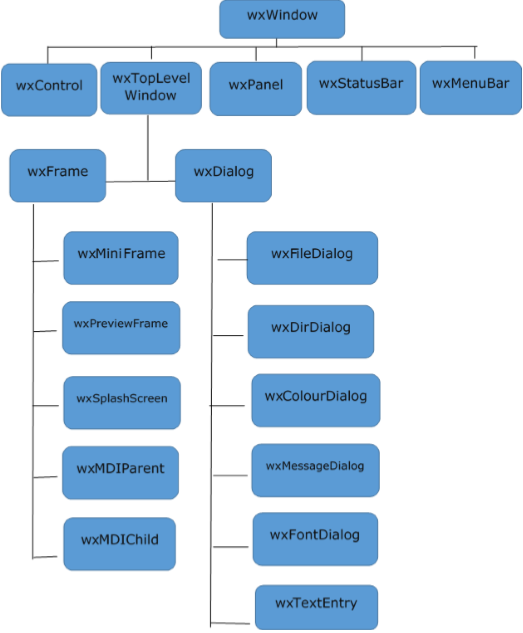 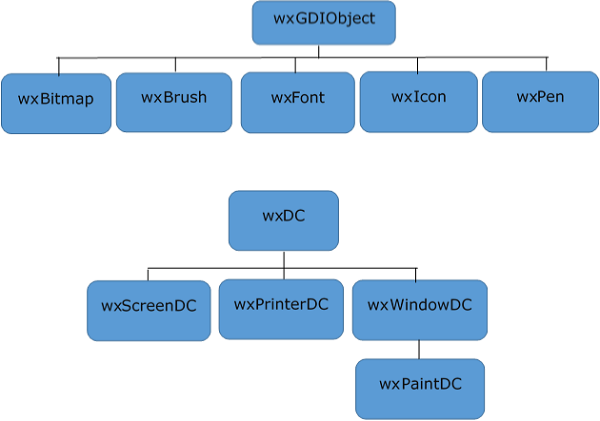 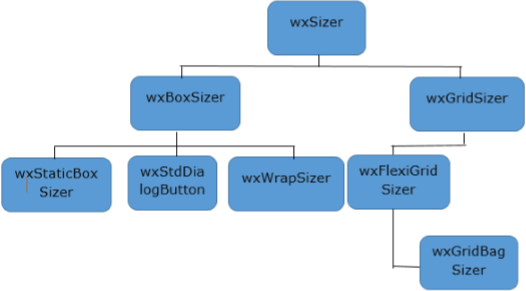