Among the various terms used in Mobile telephony, the most used ones will be discussed here.

Mobile Station (MS) − The Mobile Station (MS) communicates the information with the user and modifies it to the transmission protocols of the air interface to communicate with the BSS. The user information communicates with the MS through a microphone and speaker for the speech, keyboard and display for short messaging and the cable connection for other data terminals. The mobile station has two elements Mobile Equipment (ME) and Subscriber Identity Module (SIM).

Mobile Equipment (ME) − ME is a piece of hardware that the customer purchases from the equipment manufacturer. The hardware piece contains all the components needed for the implementation of the protocols to interface with the user and the air-interface to the base stations. 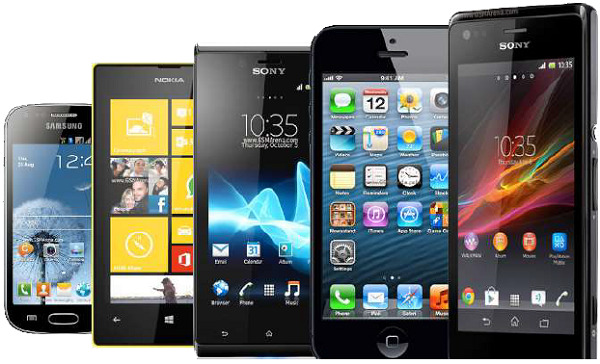 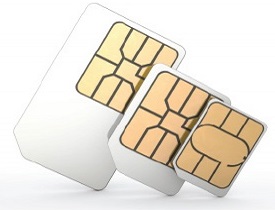 Subscriber Identity Module (SIM) − This is a smart card issued at the subscription to identify the specifications of a user such as address and type of service. The calls in the GSM are directed to the SIM rather than the terminal.

SMS are also stored in the SIM card. It carries every user's personal information which enables a number of useful applications.

Base Station (BS) − A base station transmits and receives user data. When a mobile is only responsible for its user's data transmission and reception, a base station is capable to handle the calls of several subscribers simultaneously.

Base Transceiver Station (BTS) − The user data transmission takes place between the mobile phone and the base station (BS) through the base transceiver station. A transceiver is a circuit which transmits and receives, i.e., does both.

Mobile Switching Center (MSC) − MSC is the hardware part of the wireless switch that can communicate with PSTN switches using the Signaling System 7 (SS7) protocol as well as other MSCs in the coverage area of a service provider. The MSC also provides for communication with other wired and wireless networks as well as support for registration and maintenance of the connection with the mobile stations.

The following image illustrates the parts of different sub-systems. HLR, VLR, EIR and AuC are the sub-systems of Network sub-system. 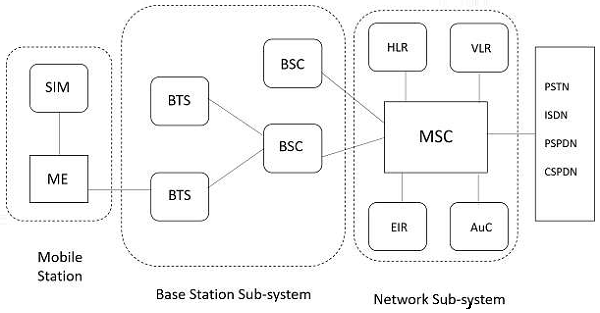 Channels − It is a range of frequency allotted to particular service or systems.

Reverse Channel(RC) − Radio channel used for transmission of information from the mobile to base station.