Why are all the deserts located on the western sides of the continents?

These winds become dry when they reach the western sides of the continents, and hence don’t bring any rain with them. As these regions become devoid of moisture, deserts are formed. 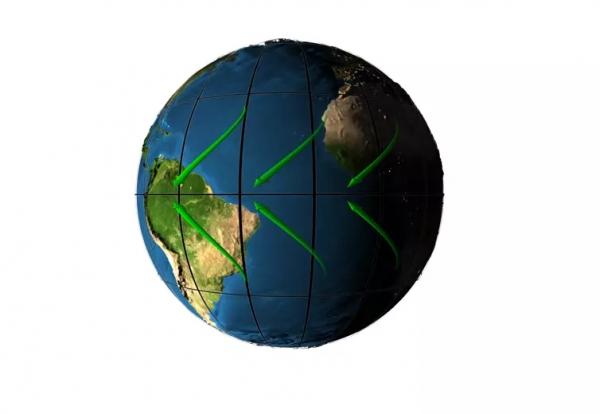 The earth rotates on the East side. Moving air is deflected by the Earth’s rotation. Air in the tropical regions moves in the direction of the equator, while air in the northern hemisphere deflects towards right and southern towards left. All this happens according to the Earth’s rotation.