After a hectic day at work, you turn on the TV to watch what’s going on in the world. In all that time, (let’s be honest) not once do we take the time to imagine how far these journalists go to get the truth out and the dangerous problems they face in their daily life. Ever imagined the risks involved while doing a sting operation? These photographers risk their own life to cover the real footage unedited. If by any chance they get caught while shooting it, or before transferring it into another safe device, their cameras are snatched and the video is deleted. They put their lives at stake and the risks involved in this type of work is very high. 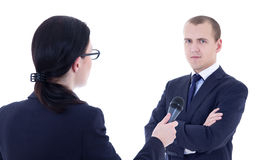 Not just for sting operations, covering bomb zones, border areas, a documentary capturing the images as it is and leaving it as it involves risk. Anyone who gets their hands on your camera can easily edit or delete the footage. As we know there is no encryption, a sort of security available to lock the images captured.

An Open Letter to Journalism

To deal with this problem 150 documentary filmmakers from non-profit Freedom of the Press Foundation wrote an open letter to camera makers like Nikon, Canon, Olympus, Sony, Fuji, Kodak, and Ricoh requesting them to add encryption features in their cameras. As these features have been missing from every virtual standalone camera on the market. Making sure that no thief, cop or any border agent can access their footage just by snatching cameras from their hands. But adding encryption in cameras are not all goody-goody, in fact, this is not a solution. 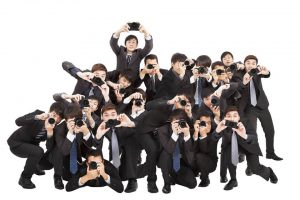 Even if by any miracle the camera manufacturers include the encryption part in these devices it will lead delayed footage review. This one issue might become the root cause for all the other issues. Like every time the photographer or videographer takes a shot if they review it by a single button by clicking away which may cause delay. Another point that, professionals know their gear well enough to shoot blindly.

A photographer is always aware of what’s going around, they capture everything, the moment they find exciting. With just a quick glance at the screen to make sure the screen settings are fine and the photo exposed is barely correctly. Adding encryption makes the whole process more complicated. The open letter which we have mentioned above simply falls into “faster horse fallacy”. It is often experienced by many startups.

Today, for every problem we face, we have companies to solve them and provide a solution. Like Uber for a taxi, Swiggy for food, Yatra for traveling, Big Basket for groceries. Everything with just one click. The problem with many startups is that customer service is poor as they are unable to provide solutions when problems erupt suddenly. Problems should be resolved with appropriate solutions at the earliest. Sometimes the solution offered may not be one the customer was expecting. Then again they’re happy till you solve their problem. The faster horse fallacy takes us back to the time of Henry Ford. There’s a famous joke he said, “If you ask people what they actually want, they would say a faster horse”. The joke is if he would have done all the customer requirement study he would’ve never invented the first mass-produced car. 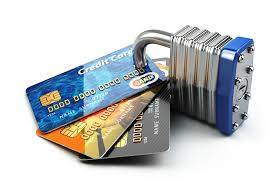 In the letter by The Freedom of the Press Foundation it is stated that” On countless occasions, filmmakers and photojournalists have seen their footage seized by authoritarian governments or criminals all over the world. (…) This puts ourselves, our sources, and our work at risk.” but the real question is will encryption solve the problem? Honestly, it feels like it won’t.

Encryption is not the Solution

Encrypting cameras is not going to solve the complete issue. It simply solves some part of the problem. It will only help the photojournalist or the filmmaker to keep any third person from watching the footage. This is the only problem solved. But when you see the big picture, this is not enough. The letter also states how Google and Apple’s operating system makes it easier to encrypt their contents. Now, that’s true but it has its own issues. Today most of the phones use fingerprint recognition technique to keep data encrypted. This is a very fast and quick security measure but it isn’t extortion-proof. If someone holds you at gunpoint and asks you to open the phone lock what would you do? Or if someone makes you unconscious and takes your fingerprint, then? 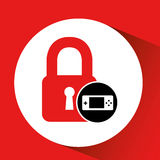 There are many ways to extract contents even from an encrypted source. We have just stated some very common examples, that may happen to anyone. In the easiest trick, people can simply take your fingerprints on a pad? There are many ways, if someone is determined to snatch it away from you, I would say better stay away and stay safe. But that’s not how it works.

Now if you say we’ll use password protection or use a secret Pin code. Then we again come back to the actual point I started with. The photographers and videographers should be able to review the footage in a single go. Imagine if your SLR camera asks you to enter the Wi-Fi passwords. We all know passwords won’t take things forward. Imagine your camera asking for pin code in the middle of a secret sting operation or when bullets are flying around. Eventually, this takes you to nowhere, or the worst case is you don’t get the shot right, you can’t ask for another take of course. As we are talking about real life and not the real ones. The most important point you may get shot by flying bullets while your camera is still asking for passwords and don’t make start on how the criminals or ones whose sting operation is being shot would do to you. 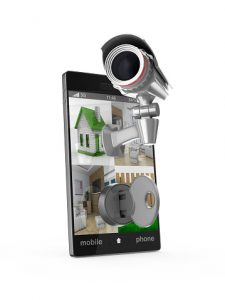 I am not saying that these protection measures are of no use. Today people live peacefully with their smartphones, family or friends just because of these encryptions. That was again a bad joke. But jokes apart, if a photojournalist is surrounded by people holding guns rather than cameras. It would barely take a day to get out the pin code or fingerprint lock opens from them.

Data can always be Stolen or Destroyed

Let’s just say Cannon developed a military grade encryption method. That is very fast to encode, quick to decode, it has a quick way of entering passwords and review the footage and then equally fast way to relocking it again. But with the crime rates rising, the camera could always be snatched. Then? Encrypting data will only prevent the assailants from seeing it. But one can always break or steal the memory cards, you can’t prevent that through encryption. Even one could smash the camera with a rock or a bullet. The worst case scenario, they could strip search the photographer for any other electronic equipment. 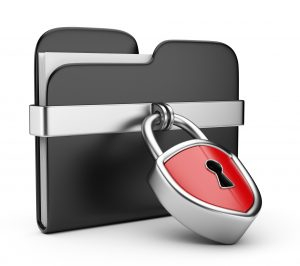 The only way to prevent these from happening is real-time off-site encryption backups. Like, just take the shots and then immediately to the cloud or an armored car. But these things have their own challenges like the Wi-Fi or data pack issue, network issues.

The photographers in the war zone areas shoot all the real-time happenings on small memory cards of 8GB-16GB and use dead drops regularly. They simply leave these cards at their hotels or at an embassy, sometimes ship them to their home address through post or just leave them with a trusted friend.

Photo journalists are hounded all the time. I meant even if Camera companies manage to make such a camera, will it stop them from being chased? Stop data from being stolen or destroyed. It will only take them off the hook for some time, but that is not the solution.