What is Token Bucket algorithm in computer networks?

Token bucket algorithm is one of the techniques for congestion control algorithms. When too many packets are present in the network it causes packet delay and loss of packet which degrades the performance of the system. This situation is called congestion.

The Token Bucket Algorithm is diagrammatically represented as follows − 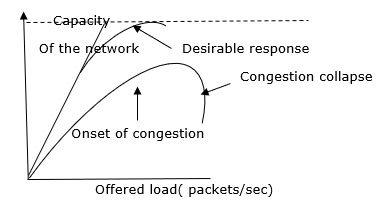 The leaky bucket algorithm enforces output patterns at the average rate, no matter how busy the traffic is. So, to deal with the more traffic, we need a flexible algorithm so that the data is not lost. One such approach is the token bucket algorithm.

Let us understand this algorithm step wise as given below −

Let us understand the Token Bucket Algorithm with an example −

In figure (a) the bucket holds two tokens, and three packets are waiting to be sent out of the interface.

In Figure (b) two packets have been sent out by consuming two tokens, and 1 packet is still left.

When compared to Leaky bucket the token bucket algorithm is less restrictive that means it allows more traffic. The limit of busyness is restricted by the number of tokens available in the bucket at a particular instant of time.

The implementation of the token bucket algorithm is easy − a variable is used to count the tokens. For every t seconds the counter is incremented and then it is decremented whenever a packet is sent. When the counter reaches zero, no further packet is sent out.

This is shown in below given diagram − 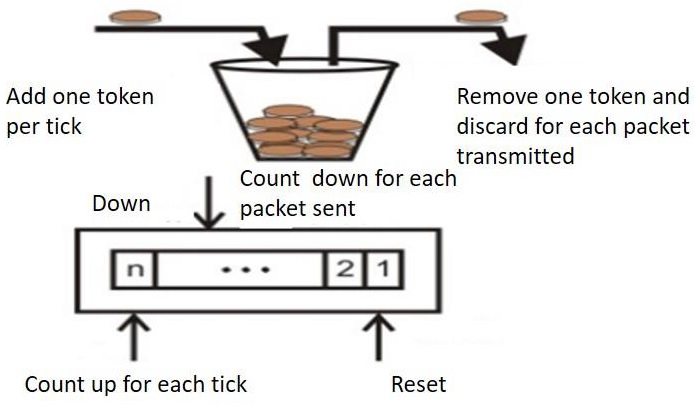