What is Attenuation Distortion in computer networks?

There are various causes of transmission impairments, which are as follows −

The above picture shows that the signal loses power at its travel time. 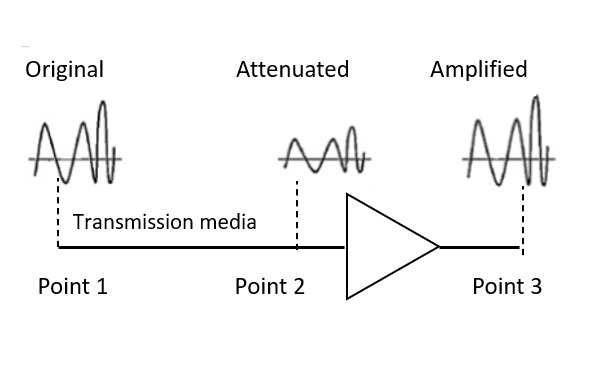 In the above diagram it is clear when a signal is transmitting from point 1 to point 2, due to Attenuation distortion the signal loses its power at its travel time before it reaches the destination.

So to overcome this distortion we can use an amplifier, to get the original signal at the receiver side also.

The issues in Attenuation Distortion are as follows −

Attenuation is measured in Bel as follows −

Decibels are used because of the following −