What is the difference between scramjet and ramjet engines?

Both scramjet and Ramjet are types of jet engines. A ramjet is an air breathing jet engine which is usually associated with supersonic transport. Ramjets can start at supersonic speeds only, so as a result they cannot be started at zero velocity and cannot produce thrust as there is a lack of airspeed.

Hence assisted take off flights or rockets are needed to or accelerate it to a supersonic speed from which it starts producing thrust. This makes ramjet engine to be efficient only at supersonic speeds as it can accelerate to speeds of about Mach 6. Ramjet has revolutionized Rocket Propulsion and Missile Technology over the years. 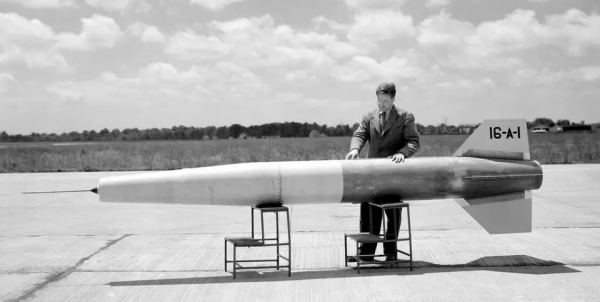 On the other hand, the Scramjet or the Supersonic Combustion Ramjet is a further complex model and is efficient at hypersonic speeds, usually upwards of Mach 6. After the cold war, the advent of NASA venturing into atmospheric hypersonic flights emerged with the scramjet vehicle known as X-43 A. Further studies continue in the area of hypersonic flights but they remain limited to military fields.

Plans have also been disclosed for a new supersonic transport, promising to be faster and better than Concorde. For these Proposals, a commercial variant of ramjet and scramjet powered aircraft can fulfill all requirements and specifications needed for such flights. A commercial variant of the X-43 A can revolutionize air travel so much that a 16000 km trip distance can be covered in less than 8 hours for ramjet engine powered aircraft and less than 5 hours for scramjet powered aircraft.

Working of a Ramjet Engine

A Ramjet’s Engine consists of a compressor, combustion chamber, and an exhaust nozzle. Unlike normal jet engines, a ramjet cannot operate at zero thrust. So once the aircraft reaches supersonic speed, the air which enters the ramjet through the inlet, is compressed by the compressor as the pressure builds up in the ramjet tube. The air which is meanwhile compressed along with the fuel slows down as the pressure inside the tube and the ambient pressure stabilizes at an equal level and is passed into the combustion chamber.

Air which is propagating inside the ramjet is faster than the speed of sound, hence shock waves are produced. The shockwave is present along the nozzle of the ramjet engine and since the shock wave position is perpendicular to that of the Ramjet tube, it is called as a Normal shock wave.

The gases and the air trying to escape the combustion chamber exit at a higher speed compared to the speed of the air entering the inlet. This means greater thrust and a higher acceleration for the ramjet to higher speeds. Typically a Ramjet can attain 6.5 Mach through the above-mentioned process. 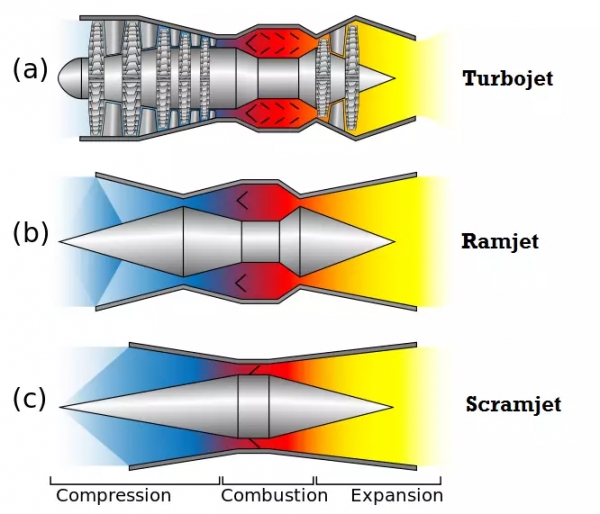 Coming to scramjets, they do not have any moving parts to compress the air as the air entering is already at high pressure. Scramjets have a very similar working to that of the ramjet except the fact that combustion also takes place at supersonic speed. This means that the air being compressed does not slow down as it enters the combustion chamber.

While the scramjets are simple in design, their implementation is limited by extreme technical challenges. Hypersonic flight within the atmosphere generates very high drag, which in turn results in extreme heating of the engine. It is also difficult to maintain combustion in the supersonic flow, as the fuel and air must be injected, mixed, ignited, and burned within a fraction of a second.