What is the BTAC scheme? 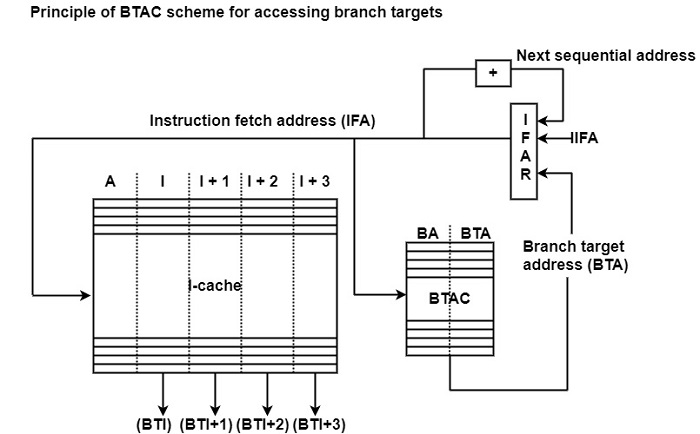 The Branch Target Address Cache (BTAC) includes branch target addresses (BTAs). These BTAs are read from the BTAC at the same time as the branch instruction is fetched.

The BTAC scheme was proposed by Lee and Smith (1984) and has been called Branch target buffer design. This scheme is implemented in some recent processors, as shown in the table. The number of BTAC entries varies from 32 to 4K.

There are some differences in the implementation of the BTAC scheme, especially concerning the following issues −