What is Process Scheduling?

Process scheduling is the activity of the process manager that manages the elimination of the running procedure from the CPU and the selection of another procedure based on a particular approach. The objective of the process scheduling system is to maintain the CPU busy all the time and to produce minimum response time for all programs. For reaching this, the scheduler should use specific rules for swapping processes IN and OUT of the CPU.

Process scheduling involves three key concepts such as the declaration of distinct process states, the specification of the state transition diagram, and the statement of a scheduling policy. 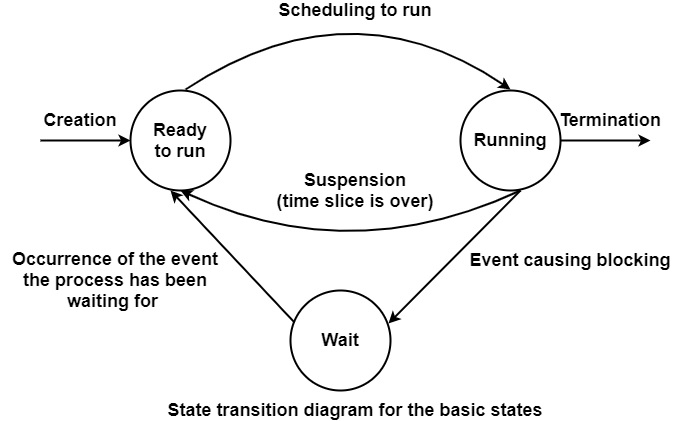 When the scheduling selects a process for execution, its state is modified from ready-to-run. The process remains in this state until one of the following three events occurs −

Scheduling Policy − The last scheduling component specifies rules for managing multiple competing processes, this is usually termed the scheduling policy. When the processor completes execution it is terminated, launching all the allocated resources. Many operating systems are based on the process model such as the IBM/360/DOS, OS/MFT, OS/MVT, UNIX, VMS, etc.