A virtual image is formed when the light rays appear to be originating from a point but do not actually meet. It can be seen by human eyes but cannot be captured on screen. Light rays only appear to be diverging. A virtual image of an object can be formed by a convex, concave, or plane mirror.

in the diagram below, and the formation of a real image with a plane mirror is shown. 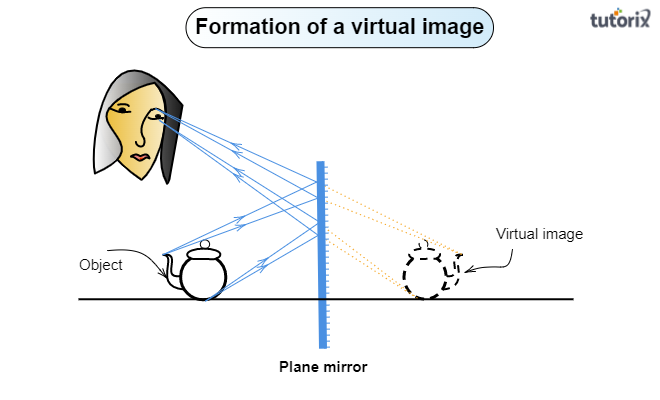