In accordance with the laws of physics, for the production of an image, the rays of light, need to come from an object and meet at a particular point after being reflected and refracted. At the point where the rays meet, the image is formed. In the simple dictionary, anything that emits light rays can be considered an image. Based on this concept the present tutorial will include the differences between real and virtual images.

Definition of the Real image

In such cases, the size of the image is determined by the placement of the object. At the point where the interaction of the rays of light happens, a real image is formed. The nature of this kind of image is inverted and visible on the screen. 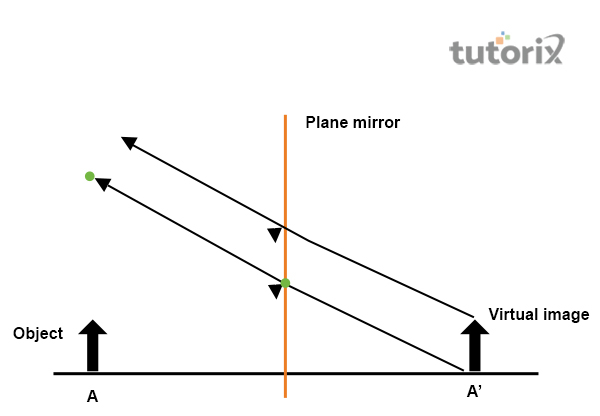 The type of image that is impossible to be obtained on a screen is referred to as the virtual image. This kind of image is considered to be an upright image which can be formed by the divergence of the rays of light. The formation of such an image can be possible by using a convex mirror or a diverging lens (Teachoo, 2022).

The rays of light are conjectured to e divergent at the beyond of the mirror by reflecting after being formed by an object. In the case of such image formation, the rays of light never focused at a particular point on the screen. This is the core reason for not being able to see a virtual image on a screen

Difference between the real and virtual image

The rays are required to converge in order to produce a real image. On the contrary, for the production of a virtual image, the rays are required to be perceived to converge. Real images are generally formed at the time when the rays of light falls at a particular point on the screen in a combined manner after being reflected from the mirror (Silva-Lora & Torres, 2020).

Example of the real image

Example of the virtual image

The best example of a virtual image is the reflection of an object made on the other side of a mirror. In order to produce the virtual image, the rays are required to intercept each other at a certain point. It has been seen by the human eye that after the reflection of the light rays, the existence of the rays is found at the back of the mirror (Keydifferences, 2022). In such cases, the size of the object and images are indifferent to each other.

The present tutorial has defined the real image as the image that is generally produced by the convergence of light. On the other hand, it has been defined in the tutorial that for obtaining an image that is virtual, the light needs to diverge. The tutorial has further included the discussion that indicates the differences lie between these two types of images formed by the mirror, virtual and real. The core difference that has been found between these two different types of images is that the real image is of inverted type whereas the virtual image is of erected one

Q1. The image produced by a movie projector is the real one. Why the image is not considered an inverted one?

It has been observed that in order to produce a real image, the movie projector is usually used two mirrors. The first one is used for concentrating light sources. The application of the second mirror is to project the image on the screen. In this way, the image is inverted twice, thus the final one is erected.

Q2. What type of image does a concave lens form

Most of the time, the image that is formed by a concave lens is a diminished, upright, virtual image as the light source has diverged through this type of lens.

Q3. What type of image does the convex lens produce?

The convex lens has the ability to produce both virtual and real images. The type of image produced by a convex lens generally depends on the position of the object.

Q4. Why the virtual image cannot be seen on a screen?