What is Virtual LAN?

Virtual Local Area Networks or Virtual LANs (VLANs) are a logical group of computers that appear to be on the same LAN irrespective of the configuration of the underlying physical network. Network administrators partition the networks to match the functional requirements of the VLANs so that each VLAN comprise of a subset of ports on a single or multiple switches or bridges. This allows computers and devices in a VLAN to communicate in the simulated environment as if it is a separate LAN. 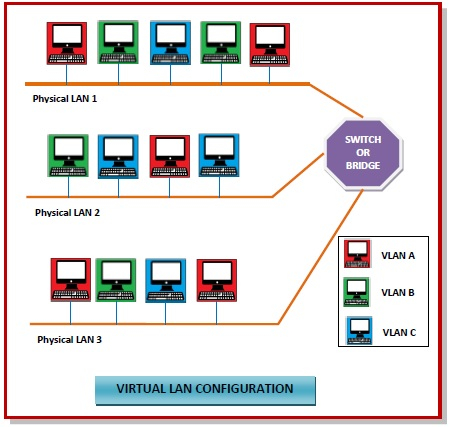