What are the health benefits of capsicum?

Capsicum which is mostly used as an aromatic and spicing ingredient previously has now become famous due to the newly discovered health benefits. Research proved that capsicum is beneficial for women undergoing menopause and people suffering from Arthritis. It also prevents skin aging and body aches, peptic ulcers and cardiovascular diseases. 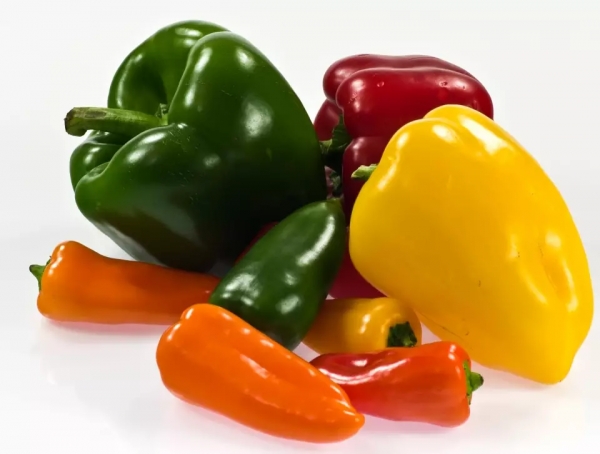 Now let us look at the health benefits of Capsicum at large:

The chemical components present in capsicum are known to exhibit an anti-inflammatory characteristic that proves to emulsify the present neurogenic pain such as related to Crohn’s disease which is an inflammatory disease related to the bowel of the human. Another part of the peripheral neurogenic inflammation is the heavy pain on the skin. Creams and balms which are made of capsicum are often massaged onto the skin with care taken to avoid open areas and mucous membranes. 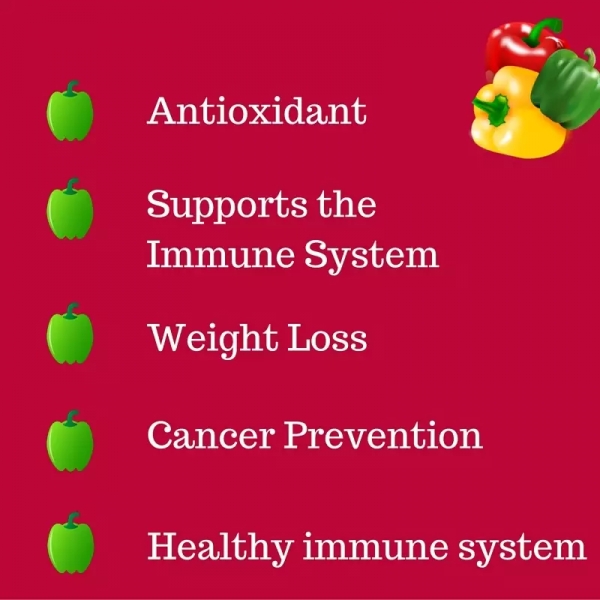 The burning effect that the capsicum produces is felt when it is applied to the skin. This is caused by an inflammatory response of the peripheral nerve endings, but the application of the capsicum cream deadens the sensory nerve endings which give relief to chronic diabetic neurogenic pain. Some studies suggest that the anti-inflammatory effect of capsicum may also help in relieving the pain of patients who are suffering from arthritis.

Studies regarding the benefits of capsicum have suggested that they are very beneficial for the prevention of coronary heart disease. Capsicum is both a warming agent and also vasodilative in nature. A given suggestion for the effect of the vasodilative properties of capsicum is the betterment of hypotension and reduction in the rate of the heart. This process allows for a much better blood flow that results in the better flow of oxygen to the organ tissues. This occurs mostly due to the tachykinins which are a well-known bio-active ingredient in capsicum.

Most of the bioactive compounds present in capsicum do provide antioxidant effects. The improvement of the vasodilatation gives space for these antioxidant phytochemicals to move around through regions of the body that have already been affected, and also it moves through the healthy tissues as well. This allows the capsicum to have a beneficial effect in repairing tissue proteins and most likely also the DNA. The healthy tissue receives protection from the antioxidant effect of the capsicum chilli pepper. 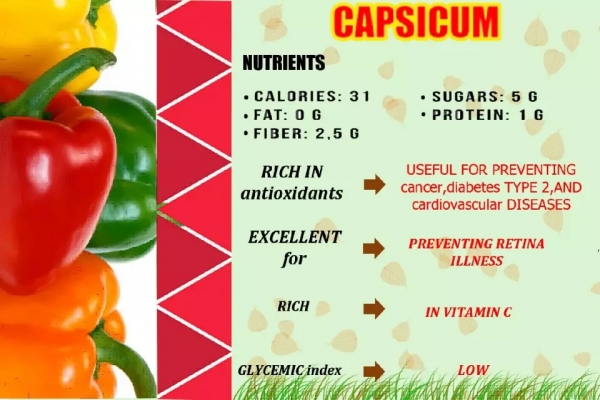 This is a type of disease that causes neurogenic pain when the patient is suffering from diabetes. Capsicum always has a beneficial effect on the neuropathic pain that is caused by diabetes when the capsicum is applied topically. Capsicum makes sure that it deadens the cutaneous nerve endings and finally it reduces the pain.

Vitamins that are present in the chilli pepper capsicum are shown to have an antioxidant feature as we have already discussed. The application of the capsicum either in the form a mashed cream or a paste that is purely made from these peppers can slow the process of aging of skin in a human being. The cream can provide sufficient oxygen to flow through the skin that gives the skin a much more vibrant glow. 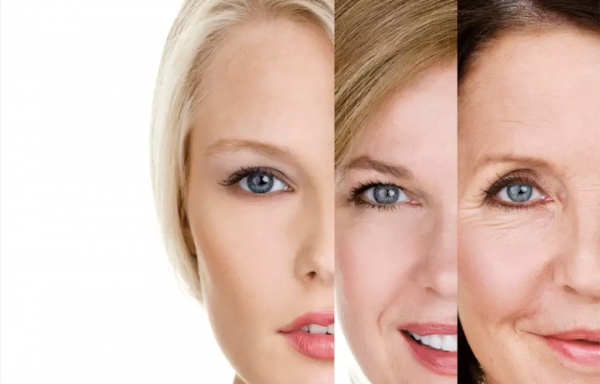 Capsicum consists mainly of vitamin C, which is widely known for helping in the gaining of immunity along with the support of the bioactive phytochemicals. Vitamin C has many beneficial effects on the immune system. It helps in repairing damaged brain tissues, reduced risk of oxidation stress, pediatric asthma, cancer, and improved bone health.