What are Magnetic Disks?

A magnetic disk is a storage device that can be assumed as the shape of a Gramophone record. This disk is coated on both sides with a thin film of Magnetic material. This magnetic material has the property that it can store either ‘1’ or ‘0] permanently. The magnetic material has square loop hysteresis (curve) which can remain in one out of two possible directions which correspond to binary ‘1’ or ‘0’.

Bits are saved in the magnetized surface in marks along concentric circles known as tracks. The tracks are frequently divided into areas known as sectors.

In this system, the lowest quantity of data that can be sent is a sector. The subdivision of one disk surface into tracks and sectors is displayed in the figure. 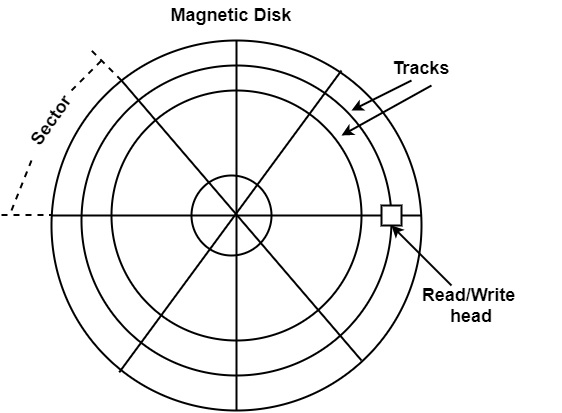 The access time of a record on a disk includes three components such as seek time, latency time, and data transfer time.