What are Control dependencies?

To achieve this, the processor must incorporate more and more EUs and is forced to raise the instruction issue rate. But the more instructions are issued in each cycle, the higher the probability of encountering a conditional control dependency in each cycle.

For example, let us consider a code sequence where every sixth instruction is a conditional branch, as shown in the figure. Let us assume that the code sequence does not contain any data or resource dependencies, so the instruction issue mechanism can issue two, three, or six instructions at will. When the issue rate will be increased from two instructions/cycle, each third, second or even every issue will contain a conditional branch, giving rise to possibly more and more severe performance degradation. 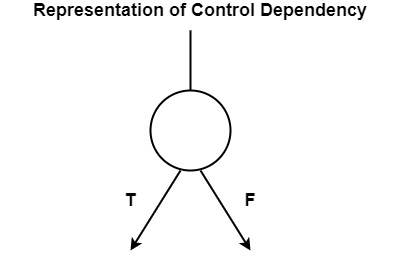