Team size in this game varies for different levels. For senior level, the team size is seven, as decided by FINA. Here six players will be field players and one will be the goal keeper. In 2014, FINA reduced the number of players from 7 to 6 for the U20 and junior level tournaments. This implies that there will be 5 field players and one goalkeeper.

FINA has decided to extend the six number of players rule to all levels after the 2016 Olympic games. If a team commits any major foul, then the referee may direct the team to play with 6 players instead of 7 for 4 minutes. If the foul is much severe like striking a player, then he/she may be even disqualified from playing any future tournaments.

Players may be substituted in the following situations −

The basic rule is that the players of both the teams must wear caps in contrast to each other. Their caps may be contrast with both or either of the goal keeper color or it can be same as that of the ball color. Goalies have to wear red caps. 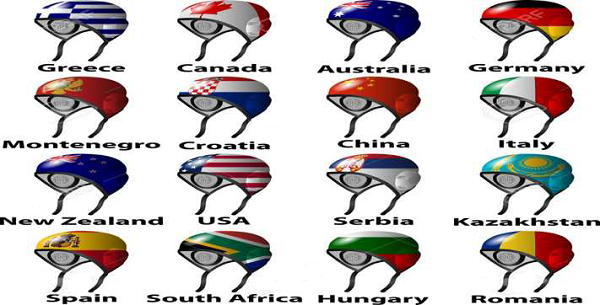 Each game is divided into four periods. However, the periods of the game vary from tournament to tournament depending upon the level of the match. Following table shows the various tournaments and their corresponding timings.

The clock can be stopped in the following cases −

No team has the authority to hold the ball for more than 30 seconds. The 30 sec clock is reset if the team recaptures the ball after the throw.