Vertigo is a condition in which a person perceives movement or surrounding objects moving when they do not. It frequently appears to be a spinning or swaying movement. This may be accompanied by nausea, vomiting, excessive sweating, or difficulty in walking. Benign paroxysmal positional vertigo (BPPV), Ménière's disease, and labyrinthitis are the most common causes of vertigo. Strokes, brain tumors, brain injury, multiple sclerosis, migraines, trauma, and uneven pressures between the middle ears are among the less common causes. Physiologic vertigo can occur after being exposed to motion for an extended period of time, such as on a ship or simply spinning with the eyes closed. Toxin exposures such as carbon monoxide or alcohol may also be causes. Vertigo usually indicates a problem with the vestibular system. Presyncope, disequilibrium, and non-specific dizziness are other causes of dizziness. 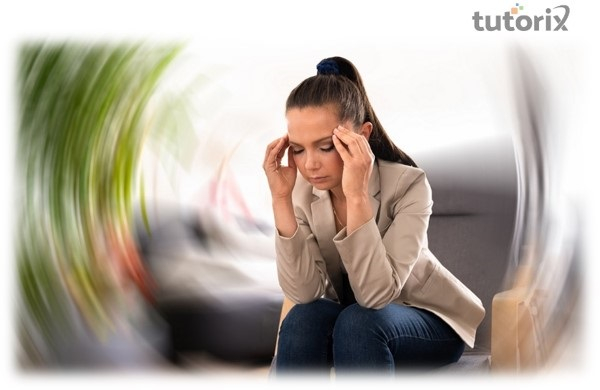 It is a vestibular dysfunction symptom described as a sensation of motion, most commonly rotational. It is important to differentiate vertiginous symptoms from other forms of dizziness, such as light-headedness, which is most often associated with presyncope. Vertigo is classified as either peripheral or central based on the location of the vestibular pathway dysfunction, though psychological factors can also cause it. 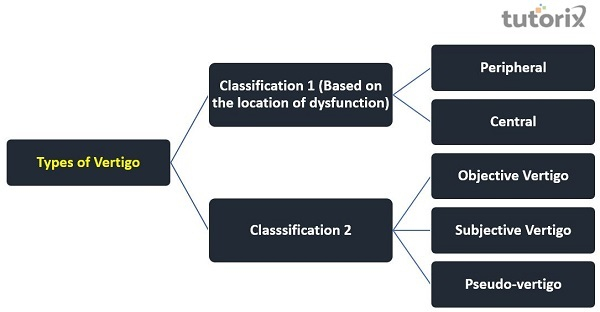 Both men and women can experience vertigo, but women are two to three times more likely than men to experience it. It has been linked to several coexisting conditions, such as cardiovascular disease and depression. The prevalence varies according to the underlying diagnosis and rises with age. According to a general population survey, Vertigo has a 1.4% annual incidence and a 5% 1-year prevalence. Every year, 15% to over 20% of adults experience dizziness, including vertigo. The prevalence over one year is 1.6% for benign paroxysmal positional vertigo and less than 1% for vestibular migraine. Since 80% of survey participants reported interruptions in daily activities, including employment and the need for additional medical care, the impact of vertigo should not be understated.

When people get older, their balance begins to deteriorate due to degenerative changes, which causes persistent onset vertigo, characterized by symptoms that last more than a day. Normal aging-related nerve conduction slowdown results in a decreased vibratory sensation. With advancing years, the ampulla and otolith organs also begin to degenerate. Central vertigo signs and symptoms are frequently present along with persistent onset. Shorter, more memorable symptom durations characterize the symptoms of episodic onset vertigo, usually lasting only seconds to minutes.

Sensory cells (hair cells) are located on a saddle-shaped ridge called the crista in each ampulla. Hair cell cilia are embedded in a gelatinous mass known as the cupula. Endolymph flow induces movement of the cupula, which produces depolarization of hair cells. Each afferent neuron has a constant firing rate. Shearing stereocilia on the hair cell towards the kinocilium is excitatory and increases the firing rate; deflection away from it decreases the firing rate. The neuronal output from one side of a semi-circular canal is compared to the opposite side. The brain interprets the difference in discharge rates as a movement.

The otolithic sensory organs are found in the utricle and saccule maculae and detect gravity and linear acceleration. Hair cell cilia are embedded in a gelatinous layer containing otoliths (otoconia) on the top surface, and Otoconia weighs more than endolymph. When we tilt our heads, the cilia in the otoconial membrane move relative to the sensory epithelium, causing the afferent neuron's firing rate to vary.

The vestibular system's dysfunction resulting from a peripheral or central lesion is the most common cause of vertigo. The more frequent causes of vertigo, such as benign paroxysmal positional vertigo (BPPV) and Ménière disease, are examples of peripheral etiologies. BPPV is a condition that frequently results in brief transient episodes of vertigo lasting a few minutes or less. It is caused by calcium deposits or other debris in the posterior semi-circular canal. In contrast to BPPV, patients with Ménière disease frequently experience vertigo, tinnitus, hearing loss, and aural fullness. A distinctive pathologic feature of Ménière disease is endolymphatic hydrops. Ménière disease symptoms are brought on by increased endolymph volume in the semi-circular canals.

Tumours are one of the more severe central causes, particularly those coming from the cerebellopontine angle. These tumors can cause vertigo and sensorineural hearing loss, including brainstem gliomas, medulloblastomas, and vestibular schwannomas. Vertigo is frequently caused centrally by vestibular migraines. 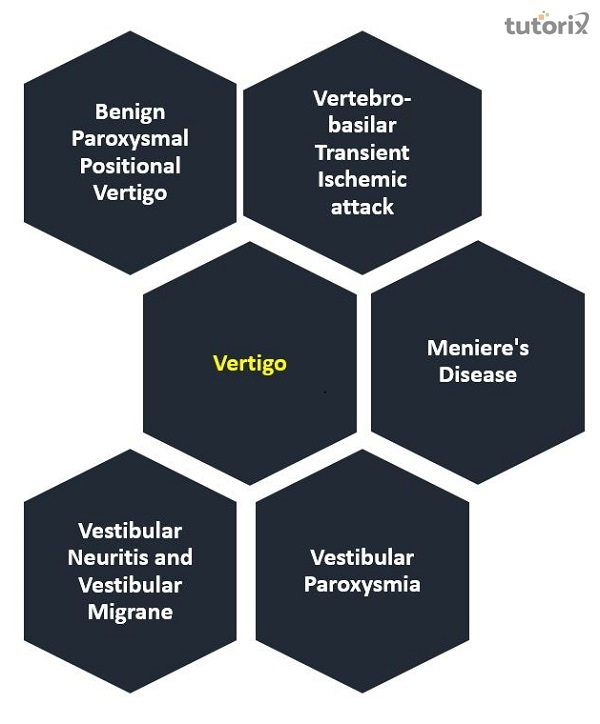 The underlying cause of vertigo must be treated to relieve the symptoms, which is frequently the case. When vestibular symptoms are present acutely and last from a few hours to days, medications may help suppress them. Antihistamines, benzodiazepines, and antiemetics are typical drugs used to treat symptoms, and Meclizine is used as an antihistamine most frequently. Given their sedative effects, elderly patients should use antihistamines, benzodiazepines, and antiemetics cautiously.

The best interprofessional team to assess and treat vertigo comprises primary care physicians, otolaryngologists, neurologists, specialty-trained nurses, physical therapists, and pharmacists. The majority of patients can be diagnosed clinically, but some patients need imaging and should be referred to doctors who are specialists. Education, testing, response monitoring, and reporting to treating physicians are all things that neuroscience nurses do for their patients. Physical therapy is beneficial for BPPV patients.