What is a DC generator?

DC (Direct Current) generator is illustrated as the electrical machine whose basic work is to alter mechanical energy into electricity. DC generators are utilised as portable machines where a low supply of power is needed (Shao et al. 2019). The generator of direct current is illustrated as the revolving machine that delivers an electrical outcome with discontinuous current and voltage. 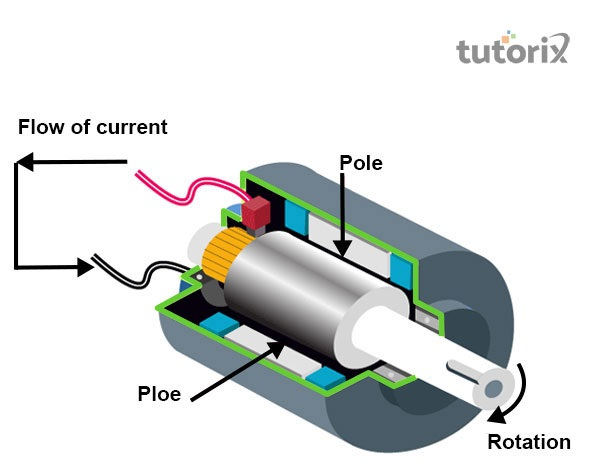 The primary principles of direct current generator operations are similar to that of synchronous generators. The energy change procedures utilise the energy principle-induced force of electromotive (Ertugrul & Abbott, 2020). DC generator is also utilised as the DC motor without transforming the construction.

DC generators are mainly classified into two major types based on procedures of excitation of the field including Self-excited Dc generators and Separately Excited.

Separately excited Dc generators: This type of generator includes an external force for excitation. External direct current sources are utilised in this system for energising the magnets of the field. 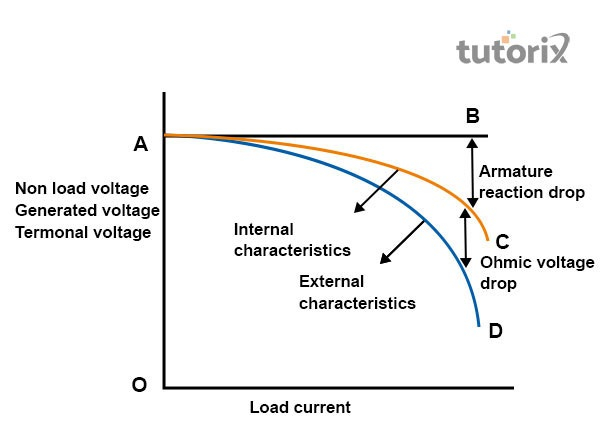 It helps in giving the higher voltage and EMF in the output as the speed of rotation maximises. These types of generators are capable of creating a range of large outputs which are feasible in design and simple to construct. 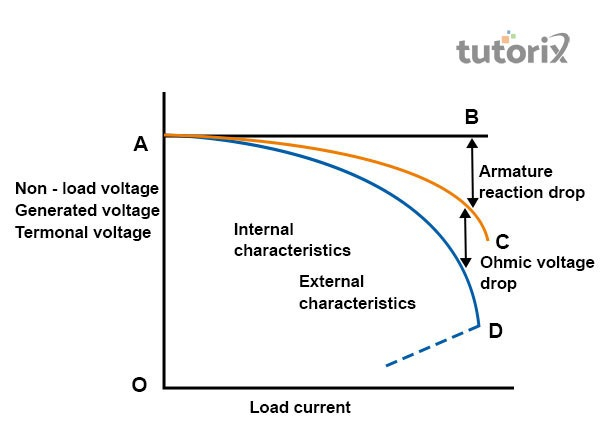 The DC generator's working principle is based on electromagnetic induction of Faraday's law. It is known that the conductor carrying current is placed in a different magnetic field where an emf is induced in the Conductor. The focus of induced current transforms whenever the conductor's motion direction is transmitted (Elprocus, 2022). Considering the fact that an armature is revolving clockwise and the conductor is kept unchanged and moving upwards. The conductor's motion direction in this case may get reversed downward when the armature finishes half rotation. Therefore, the current's direction in each armature may gradually change. Armature conductors' connections may get altered with the commutator of the split ring when the reversal of current happens. Hence, a unidirectional current at the terminals is obtained.

The DC generator consists of several parts which include field windings, Armature, Commutator, Brushes and frame.

Armature: A stationary field and rotating armature are generally present in the generator of direct current. Many coils exist in the rotating armature and the core of the armature is created of sheet-steel laminations that are isolated electrically from the other by Varnish coating. 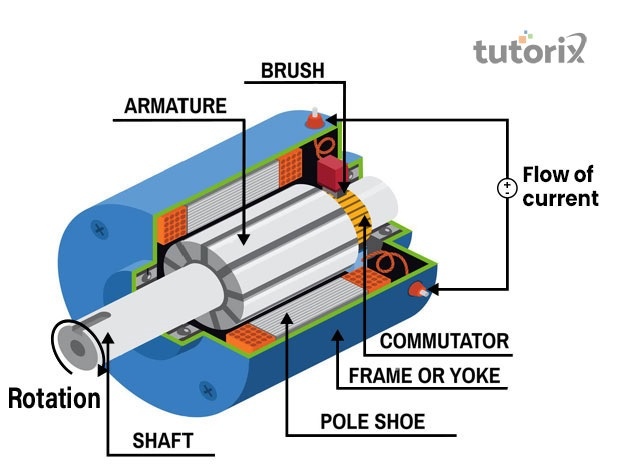 Brushes: It is referred to as a sliding contact that goes on against the slip rings and joins the armature to the external circuit. Brushes are utilised to dissolve the electrical energy from the commutator of the generator.

Frame: It helps in giving mechanical support to the generator. Most of the frames in the DC generator comprise two end frames and yoke. It is generally made of annealed steel that possesses good qualities of magnet that restrict the losses of energy.

Dc generators develop constant torque over a broad application of speed. Supply of power is referred to as significant consideration in the usage of DC motors. Some current is generated and a small current helps in flowing through the coils of the field by strengthening the flux of pole and load in the self-excited generators. The DC generator's series utilises the arc lamps for stable current booster and generator and lightning. The generators of DC are utilised to reimburse drops of voltage.

Q1. What is defined as a power factor?

Ans. The ratio between kilovolt amps and kilowatts is structured from electric load and is referred to as the power factor. It is determined by the connection of load with the generators.

Q2. What is the distinction between AC and DC generators?

Q3. What are the factors in the EMF generation that the transformation relies on?

Ans. The produced EMF relies on the turns of the armature coil, the strength of the magnetic field and the rotating field’s speed. Distribution factor and Harmonic effect are the major factors impacting the produced emf for the transformation.

Ans. Yoke is demonstrated as the external structure of a direct current (DC) generator. It is one of the parts of the DC generator and helps in structuring the other parts.