The Goods and Services Tax or GST Council, under the chairmanship of Union Finance Minister Arun Jaitley and his state counterparts, has decided rates for over 1,200 goods and 500 services, placing them in four tax slabs of 5, 12, 18 and 28 percent.

As we know GST is one of the most important tax reform since independence, it will be a disruptive influence. However, it is expected that it will promote new investment and contribute to the overall growth in GDP. 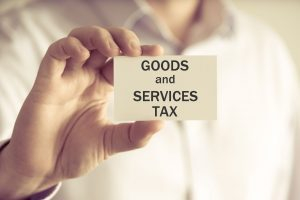 The GST is expected to remove the cascading effect of taxation, avoid multiple taxation, and result in reduced prices of essential consumer commodities and provide relief to the common man.

Prime Minister Narendra Modi has reviewed the status of the planned introduction of the new indirect tax regime – Goods and Services Tax (GST) – from July 1, 2017.

PM Modi has called GST implementation “a turning point” in the Indian economy. He said that GST would create a one-nation, one market and one tax system that would greatly benefit the common man.

The cooperation of all the political parties has made it possible for passing the Constitutional Amendment Act for GST in the Parliament. Three laws, Central GST, Integrated GST and Union Territories-GST, have been passed by the parliament. Meanwhile, the State Goods and Service Tax law has been cleared and passed by the 25 state legislatures.

Health, education: The government also came out the names of few items each in the 5, 12, 18 and 28 per cent tax slabs.

Union Finance Minister Arun Jaitley has called for support from members of Parliament and state legislatures (MPs, MLAs, and MLCs) to create awareness about the Goods and Services Tax (GST) among the general public. In a communication to the presidents of several political parties, Mr. Jaitley expressed his thanks for their cooperation and contribution in making the GST legislation a reality.

It was reported that GST related systems such as IT infra, training of officials, integration with banks and taxpayers’ enrolment would be ready before the July 1 rollout. The information security systems regarding GST have also been taken care of.

The Prime Minister has stated that the implementation of GST from July 1st would be the result of the concerted efforts of all stakeholders, political parties, trade, and industry bodies.

An analysis of the GST rates leads to following conclusions. Daily use items like soap and toothpaste to cost less while fresh fruits, vegetables, pulses, bread and fresh milk will continue to be exempt from any tax.

It is expected that food grains may become cheaper as they have been put in the exempted commodities list. Presently, some states impose a purchase tax of 2-5 per cent on food grains, which will be removed under GST. Apart from goods of mass consumption items like fresh fruits, vegetables, pulses etc., health and education services also have been exempted from tax.

Clothes costing up to Rs. 1,000, footwear up to Rs. 500 are set to get cheaper with the rollout of GST. Tax experts say that the rate of 3 per cent on gold under GST won’t be much different from the present tax on the yellow metal and this would make jewelers happy.

It is expected that economy-class air travel will be slightly cheaper and so will be hiring a taxi or cab as tax has been brought down to 5 percent under GST from present 6 per cent.

There have lots of representations from the public, consumers, trade and industry bodies regarding the restructuring of tax rates of certain items. The government has been dealing with such issues with an open mind and has already come out with a revised tax rate with regard to 66 items and further changes may be expected.