As you decide on the factors affecting your choices, you can now narrow down from the technology options available to a controllable set. It is imperative for startups to take on best practices along with choosing the right technology (tech.) stacks for their business to grow. 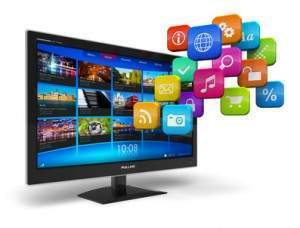 Applications have two ends – the front-end (client side) and the back-end (server side). For eg. on the server side, the applications could be the operating system, the web server, database, programming language and the web framework. These are stacked one on the top of the other with the web framework at the top. These use the internet where the user’s mobile uses the native application and the browser is running and maintained with HTML, CSS or Java scripts.

The logic is worked out at this end which drives the application. A few examples of back-end are the LAMP stack ((Linux, Apache, MySQL, PHP). However, lately, instead of PHP, the programming languages like Ruby and Python are being used. Furthermore, a web framework is selected which needs to be written in the above-mentioned languages. These frameworks come with user authentication and access to data services, hence save the developers from building the framework from scratch.

Popular Frameworks along with their Languages 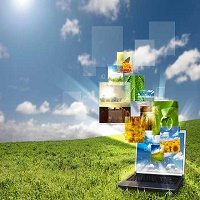 The users interact with the screen of the application called the front-end. For mobile applications, the tech. The stack is Android or iOS based, written in Java or C/Swift respectively.

Learner startups − There is usually a focus on the product than the technicalities. Hence LAMP, Python/Django are widely used.

Tech savvy startups: On the front-end framework, often used are Java and Scala (with or without GWT), Python (Django, Pylons, Flask), Ruby on Rails, (with or without Ruby frameworks), LAMP (with or without MVC framework) and NodeJS. At the back-end, technologies used are Erlang, F#, AMPQ, mix of SQL and NoSQL storage solutions (MongoDB, Cassandra, HBase, MySQL, Postgres, Raven, BigTable clones, etc), Memcache/Redis, MapReduce/Hadoop and some of the evolving ones such as GO, node, closure, and flask.

Trend − A trend on the horizon of start-ups, like other organizations, is “cloud hosting.” It comes with its own benefits of having to not operate or maintain any infrastructure, entailing low costs.

Platform − On the mobile front, applications are developed more on the iOS platform than the Android platform by startups.

Infrastructure/Hosting − AWS leads the way with Heroku behind.

API integrations − Twiio rules, with Facebook API and SendGrid behind.

So what do these technologies really mean?

Ruby on Rails − Aids in the building of any web application in the quickest and easiest manner. Models can be constructed sooner than expected. Used by Twitter, Github, Walmart Labs etc. 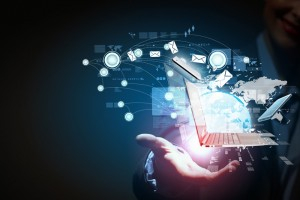 Django − Less coding, powerful apps built and deployed quickly, with a focus on automating is what Django is all about. Used by Instagram, Pinterest, Disqus etc.

Node.js − This platform makes it possible to build options into an application which gives the user a great real-time experience; for eg. chat, multi-player games etc. Used by Yahoo, Microsoft, LinkedIn etc.

NoSQL − Used when large amounts of data are to be collected, stored, processed and retrieved rapidly and efficiently for any application without posing any performance concerns. Eg. of these databases are Cassandra, Redis, MongoDB etc. These are typically used by Facebook, Google, Twitter, and Yahoo.

JSON (JavaScript Object Notation) − Used for interchanging data between different platforms. Data between applications can be controlled, maneuvered, mixed or tweaked. Eg. Google uses its own Protocol Buffers. Others use JSON.

Startups are usually in varied sizes and types. Their technology stack is integral to the company to solve issues and accelerate its business and growth. Choose the best stack that will enhance to making your company one of the most valuable ones.