Ethernet is a set of technologies and protocols that are used primarily in LANs. It was first standardized in 1980s as IEEE 802.3 standard.

Ethernet can be broadly classified into two types −

What are classic Ethernet and switched Ethernet?

Classic Ethernet is the original form of Ethernet that provides data rates between 3 to 10 Mbps. The stations are connected by hubs that allow each station to communicate with every other station in the LAN. There are a number of varieties of classic Ethernet, commonly referred as 10BASE-X. Here, 10 is the maximum throughput, i.e. 10 Mbps, BASE denotes use of baseband transmission, and X is the type of medium used.

The common varieties of classic Ethernet are −

In switched Ethernet, the hub connecting the stations of the classic Ethernet is replaced by a switch. The switch connects the high-speed backplane bus to all the stations in the LAN. The switch-box contains a number of ports, typically within the range of 4 – 48. A station can be connected in the network by simply plugging a connector to any of the ports. Connections from a backbone Ethernet switch can go to computers, peripherals or other Ethernet switches and Ethernet hubs.

Classic Ethernet is simplest form of Ethernet. It comprises of an Ethernet medium composed of a long piece of coaxial cable. Stations can be connected to the coaxial cable using a card called the network interface (NI). The NIs are responsible for receiving and transmitting data through the network. Repeaters are used to make end-to-end joins between cable segments as well as re-generate the signals if they weaken. When a station is ready to transmit, it places its frame in the cable. This arrangement is called the broadcast bus.

The configuration of classic Ethernet is illustrated as follows − 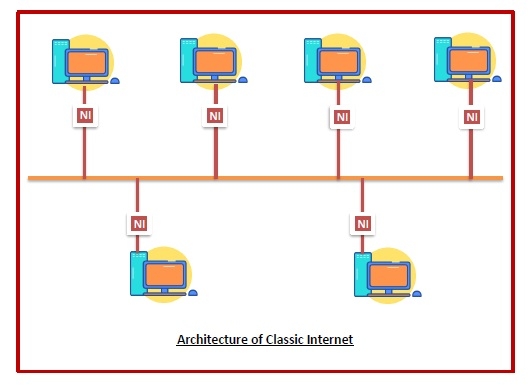 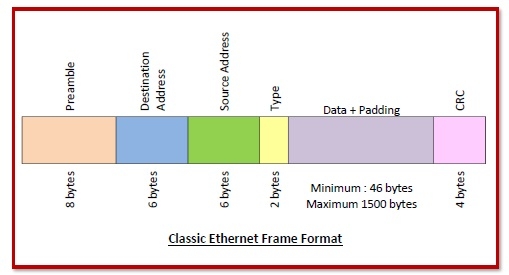 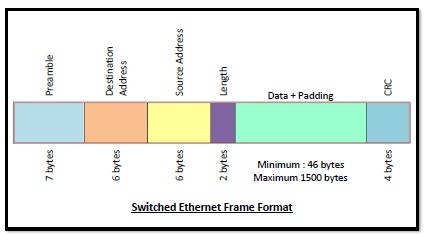