If you have ever been seen and wonder about steampunk clothing or have simply seen someone on the street wearing something that looks like it was lifted directly out of an RAF Outfitters or Ann Summers catalogue, yes we are discussing about steampunk fashion. 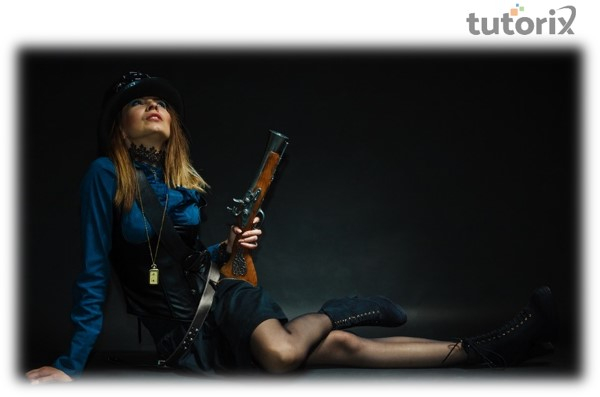 What is the Meaning of Steampunk Fashion?

The term “steampunk” refers to a genre of science fiction and fantasy that incorporates elements of aesthetics and technology that are inspired by widely used steam-powered machinery from the 19th century. It frequently incorporates elements from Gothic, the Wild West, and other themes due to its hybrid nature.

A component of the science fiction steampunk movement is steampunk clothing. It portrays combines of the Industrial Revolution with the romanticised depiction of science in literature from the Victorian era. The post-apocalyptic backdrop was considered when designing the clothing. Clothing, jewellery, body alterations, hairstyles, and makeup all fall under the steampunk aesthetic. T-shirts with various designs or plain pants adorned with belt buckles and pistol holsters are two examples of more contemporary steampunk clothing.

Following are the typical ways −

Even if you’re a steampunk posing in front of terrifying satanic mills in February, you won’t be cold.

Even Steampunks in shoddy attire are allowed. It applies to more than just what to wear to social occasions. The majority of people don’t want a conventional Steampunk experience when they visit a place of business or an event.

Steampunk is an aesthetic fusion of clothing styles from several historical periods. The clothing of 19th-century explorers, soldiers, lords, countesses, and harlots is combined with modern streetwear, punk, burlesque, goth, fetishism, vampires, and frills to create a steampunk style.

What all is Included in Steampunk Wedding Attire?

Corset tops, ruffles aplenty, and high-low hems are frequently worn with these garments, maintaining the aesthetic of 18th-century cabaret attire. Due to their bright and happy tone, short steampunk wedding dresses are ideal for weddings that are more laid back and held in the summer.

So fundamentally, the traditional accoutrements for steampunk attire include a top hat, a leather flight helmet, a bowler hat, a straw boater or skimmer, an Arctic flap hat, a pith helmet, a deerstalker hat (influenced by Sherlock Holmes), a pirate-style bandana, or a newsboy cap. Throughout the Victorian era, they were widespread and thought to be fashionable.