In this protocol, multiple frames can be sent by a sender at a time before receiving an acknowledgment from the receiver. The term sliding window refers to the imaginary boxes to hold frames. Sliding window method is also known as windowing.

Suppose that we have sender window and receiver window each of size 4. So the sequence numbering of both the windows will be 0,1,2,3,0,1,2 and so on. The following diagram shows the positions of the windows after sending the frames and receiving acknowledgments. 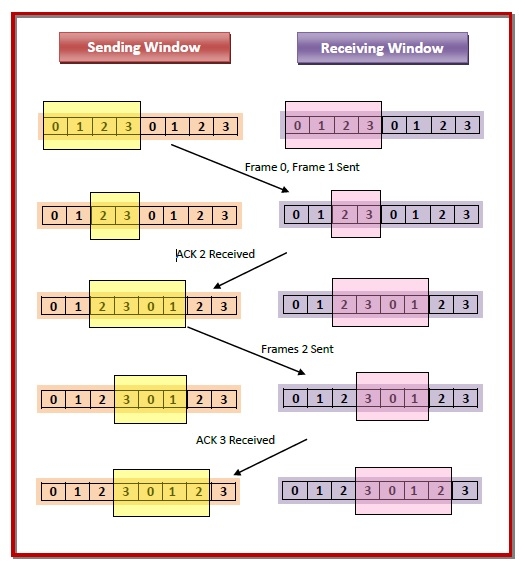