The sliding window protocol is a flow control protocol that allows both link nodes A and B to send and receive data and acknowledgments simultaneously.

A Receiving Window is a set of sequence numbers that is maintained by the receiver. It allows receiving and acknowledging of multiple frames. 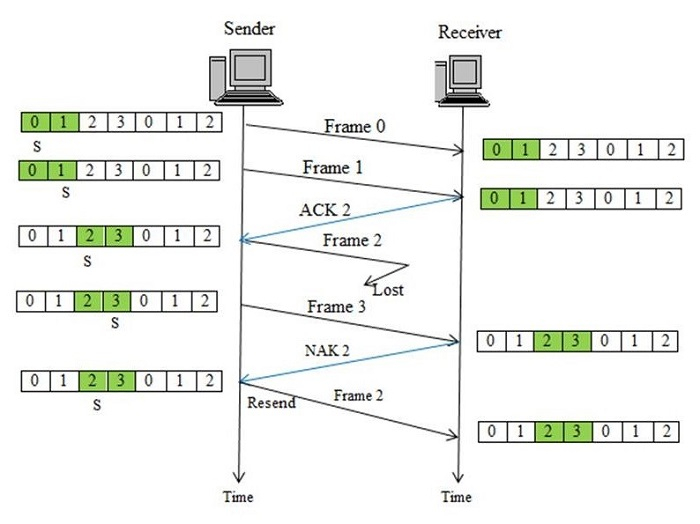 Note − SRP works better when the link is very unreliable. Because in this case, retransmission tends to happen more frequently, selectively retransmitting frames is more efficient than retransmitting all of them. In selective repeat protocol, the size of the sender and receiver windows must be at most one-half of 2𝑛.