This is a very common characteristic of human beings that whenever they need to go away from their close family members such as parents, siblings, children, or even tamed animals or home for a certain period of time, they feel very sad and lonely. But when such sad feelings or loneliness turn into anxiety, it takes the form of separation anxiety disorder. 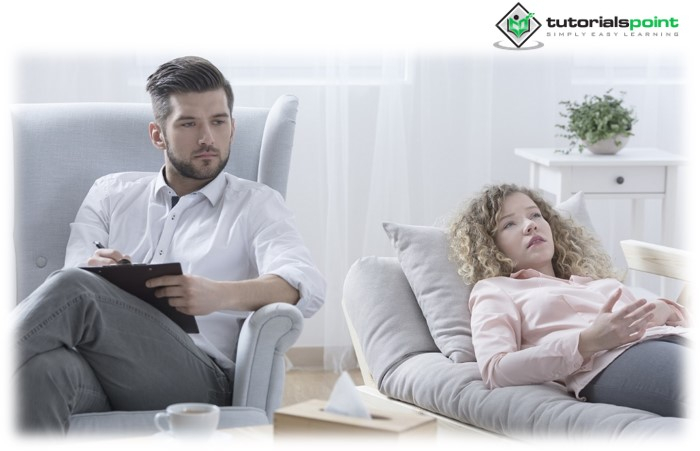 What is Separation Anxiety Disorder (SAD)?

Separation anxiety disorder (SAD) is a type of mental health issue that usually can be seen in children. A child normally very close to mother or any such family members, whenever realizes that he/she is going to separated (may be because of going to boarding school), becomes very sad and starts worrying a lot about being apart from family members or other close people. The child has a fear of being lost from their family or of something bad occurring to a family member if he or she is not with them. So, it causes anxiety for the child.

Separation anxiety disorder is classified under anxiety disorders in DSM-5, which was earlier kept under the class; the disorder is generally diagnosed in infancy, adolescence, and adulthood in DSM-IV. This has been one of the crucial changes from DSM-IV to DSM-5. Anxiety disorders are a category that consists of many disorders which share the same characteristic marked by the presence of excessive fear or anxiety, which is developmentally inappropriate, persistent, interferes with normal functioning, and related behavioral disturbances.

A 27-year-old male experienced panic-like symptoms when his wife went to work trips. The male recalls anxiety symptoms when he was a child who was over-pampered and brought up in a protective environment. He would feel uncomfortable when his parents and sibling went shopping or attended a professional get-together. He would have thoughts of being left alone, crying spells, and clingy behavior, which his parents thought to be normal. As he grew, he had difficulties separating from friends in school or seeing his friends hanging out with others because of unrealistic anxiety about the anticipation of being abandoned. After marriage, he would call his wife multiple times to know her whereabouts, when she would return home, etc. He needs constant reassurance. Unable to reach out to her, he experiences a pounding heart, restlessness, palpitations, trembling hands, nightmares about an accident with his wife, and cognitive distortions, which contribute to the development of an unhealthy relationship in the couple.

Separation Anxiety Disorder has the core feature of unrealistic and extreme fear or anxiety associated with separation from home or attachment figures which are not in line with the developmental level of the person with this disorder, i.e., age-inappropriate. The anxiety is persistent and leads to avoidance which may make a person clingy. Separation can lead to behavioral disturbances like throwing tantrums, crying, sadness, pleading, screaming, and aggressive or oppositional behavior towards the attachment figure. Some children show social withdrawal, apathy, and poor academic performance, while some may refuse to step out of the home. Some adults may face homesickness, sadness, and misery when away from home. A feature of separation anxiety disorder is that people may appear extremely dependent.

Separation Anxiety Disorder is seen equally amongst males and females with a decreasing prevalence as the child grows, i.e., the prevalence of separation anxiety disorder decreases as the child enters adolescence and then into adulthood.

The symptoms of Separation Anxiety Disorder, according to DSM-5 diagnostic criteria, are−

Separation Anxiety Disorder may have different types of manifestation in different age groups. In children with SAD, clinging behavior is a key manifestation. Young children tend to avoid going to school, friends' birthday celebrations, camps, and other places because of the fear of separation. As they grow, their worry is based on the fear of being unable to reunite with their parents, caregivers, or any attachment figure. The emotions at this stage involve the exaggerated fear of getting lost, kidnapped, death, etc.). In adults, over-dependence, excessive concern about the whereabouts of significant others, and overly concerned about their partners and offspring are common. Their irrational concern impairs their ability to cope with separation. The thoughts, feelings, and behaviors interfere with the functioning in other spheres of life like the workplace, friends, parties, etc. Sometimes, SAD is overlooked in adults because adults use subtler ways to cope with separation. Like children, they do not cling but find different ways to keep a check on their loved ones.

The consequence of separation anxiety disorder in all age groups is reduced involvement in independent activities due to anxiety associated with separation from home and attachment figures.

The onset of Separation Anxiety Disorder is around 7-9 years of age which may be due to environmental factors, stressful life events, or biological factors like heritability. These two factors point towards the diathesis-stress model.

A stressful life event that threatens the attachment figure's availability can lead to Separation Anxiety Disorder. In childhood, instances like the loss of a parent, parental divorce, chronic illness of a sibling, rapid shifting of home and school, etc. can lead to excessive anxiety and the tendency to become preoccupied with the existing relationships. In adulthood, some stressful life events include moving out of their home, entering into a new relationship, becoming a new parent, immigration, etc. Therefore, expected or unexpected stressful events can be a major factor behind separation anxiety disorder.

Separation Anxiety Disorder in children is known to be heritable. Therefore, people predisposed to this disorder are more vulnerable to above mentioned stressful life events.

Separation Anxiety Disorder was thought to occur in children only, which was later broadened to include adults. Due to this, separation anxiety disorder was removed from the category of childhood disorders and placed under anxiety disorder due to overlapping symptoms of excessive fear, worry, and anxiety. Some of the researched treatments for SAD are cognitive restructuring, cognitive behavior therapy, family-based treatments, and pharmacological treatment solely for adult anxiety symptoms. In today's light, more research needs to be focused on SAD in adults.