Radio waves that have the longest wavelength can be found in the electromagnetic spectrum. The waves have a frequency between 300 GHz (high) to 3 kHz (low) and sometimes are defined as microwaves that are above 3 GHz.

Like all other waves, electromagnetic radio waves also moves like light’s speed. The radio waves are formed by all naturally occurring phenomena like astronomical objects and lighting. The radio waves that are used in radio communication, computer networks, navigation system, radar, broadcasting, and different applications are formed artificially.

What are radio waves?

The waves that are produced by the radio transmitters and are received by radio operators are determined to be the radio waves. These waves have various propagations in the atmosphere of the earth. 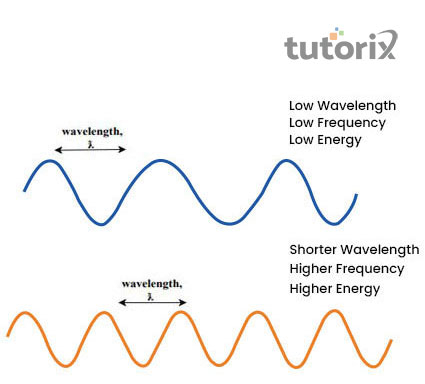 The long radio waves are diffracted around various obstacles in the atmosphere and the short radio waves reflect the earth’s ionosphere and then go back to the horizon of sky waves. Thus, both the waves' propagation is much limited to the visual horizon (Kontar et al. 2019). This is because the wavelengths are short and travel in a sight line.

Radio waves are determined to be the electromagnetic radiation that is used in various modern applications and techniques. The frequencies of radio waves are mainly used in Radio, FM, Television, broadcast of AM radio, military communication, Ham radio, mobiles, and computer wireless networks or WiFi (Reynolds et al. 2017).

These radio waves that are used for numerous communication purpose, passes freely through the atmosphere of the earth.

What are bands of Radio Waves

How radio waves are created?

Radio waves can be created both naturally and artificially. The waves that are formed by the lighting or astronomical objects are the naturally occurring radio waves. Natural radio waves are the major part of blackbody radiation that is emitted from warm objects (Eastwood et al. 2018). The waves that are used in radar, navigation systems, computer networks, and radio communication are determined as artificially formed radio waves. These radio waves are mainly generated by charged particles like protons and electrons that undergo acceleration, like time-varying electric currents.

Anatomy of the electromagnetic waves

The electromagnetic phenomena incorporate polarization, absorption, reflection, diffraction, and refraction. These hold the importance of studying radio waves that are moving into space and even over the surface of the earth (Salam, 2019). The energy that provides the individuals with the ability to perform tasks can come in many forms and can also be transformed from one to another type. Potential energy is denoted as the energy generated from water dam and batteries. One can understand the electromagnetic waves anatomy, to know better that objects which are in motion are determined as have the kinetic energy.

The energy of RF (Radio Frequency) that is often determined as the RF wave or RF emission is the form of electromagnetic energy and is the major part of the spectrum of the electromagnet. They are both man-made and naturally formed electromagnetic energy sources. If the individuals become exposed to very high RF waves it can harm them by heating the biological tissues by enhancing the temperature of the body. These radioactive waves are mainly emitted by mobile phones like RF-EMFs are absorbed by the human brain quickly and affect the neurons and activities in the brain.

Radio waves can be produced in both waves, artificially and naturally. Every object including the human body emits radio waves and electromagnetic radiation which depends on the object’s temperature.

Q2. What is radio communication?

Radio antennas are used in order to receive the signal of radio from FM or AM radio stations. This antenna picks up the radio signals where a radio operator or tuner tunes to the particular radio signals. This is done by using an inductor or resonance that is considered a circuit associated with a crystal oscillator or capacitor.

Q3. What is the radio waves propagation?

The radio waves move constantly over the earth’s surface and even in space at various frequencies. Radio waves propagation is mainly the study of electromagnetic phenomena that incorporates polarization, absorption, diffraction, reflection, and refraction.

Q4. What are the major properties of electromagnetic waves?

The electromagnetic waves moves at the speed of light. These waves do not need any kind of medium for propagation and can undergo diffraction and interference and are polarized.

Q5. How are radio waves used in WiFi?

Like all other wireless devices WiFi also works with the same principles. It uses radio frequencies for sending signals between the devices and its frequencies are much different from devices like car radios, weather radios, walky-talkies, and so on.