Scope of Noting by the Management

Every department has a scope of noting beyond which they will not be authorized to take a decision. Based on that, the following instructions shall be observed by the departments in noting upon the cases −

The concerned department will raise the request and then take out a notice. After that they will dispatch the message and wait for the receipt. The practice of writing long notes in the sidesection needs to be reduced as much as possible.

An office without a properly filed and processed list of procedures is a den of chaos. Borrowing from the 80/20 Rule that states that 80% of our success comes from only 20% of our actions. In simple words, it is important to focus more on the 20% which demands the actions to de-bone for the 80% success. 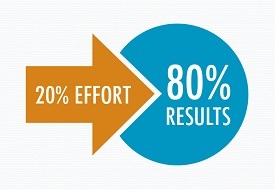 That is why it is very important to plan, prioritize and start working on the 20%. In one of the most important corporate decisions ever taken, BIM Manufacturing had stopped all important communications from being oral in nature, and even at the steep cost of having to document every single word spoken in paper, they did it so that their future officers can benefit from the wealth of discussion. Today every other company is following their footsteps.

Most often, a wrongly-designed document can spread massive miscommunication and discrepancies between the working departments in an organization. Hope this tutorial, designed for those young working professionals who have started working in an extensively documentation-related department such as Administration, Accounts, Human Resources, etc., learn how to file important documents that carry sensitive details.