Constituents and Functions of a File

A file can be bifurcated in 2 parts, which are − Notes and Correspondence. Both these are put into a single file; however, they differ placement wise. Notes are generally placed on the lefthand side and correspondence on the right-hand side respectively.

Notes contain those records which are recorded on a paper Under Consideration and fresh Receipt. Similarly, correspondence contains all the incoming and outgoing official communication details.

Necessity of the part file arises in following two cases.

It is essential to merge the part file with the main files as quickly as possible and to remove the duplicate papers. In case of multiple part files, each one should be numbered separately. The person who is dealing these should maintain list depicting all files opened by him.

It contains all other information which are not considered to be part of the main file. Some of such cases are −

At the time of recording, it is the duty of the Department Manager to delete all the papers those have lost their values. More importantly, the collection must remain inside the department to which it belongs.

Functions of a File

For each department/section/unit, it is essential to have a File Register. It is generally maintained in the form of Appendix-I and is used by the General Store Departments for Printing, Stock, Issue, etc. Each department’s need may not be the same and hence, the number of sheets in a file also differs for each department. They are maintained as a permanent record.

Register of the file is filled with the number and subject allocated to it upon its opening. The register will enlist the details of all files those have been opened throughout the year. If the pages are allocated year wise, then entries for the next year will be made in that, otherwise a separate new file register will be opened. Entries into the file are made in blue ink only. It is ensured that all the entries have been made correctly and as far as possible deletion or overwriting is avoided. To avoid its misuse, the file is kept by the junior clerk of that respective department or section.

Opening and Numbering of New Files

For each new subject a separate file is created. Sometimes the file becomes too general or bulky. In this case, papers dealing with different aspects are infused into it, so that the file will now become shorter, but this obstructs the smooth progress of the work.

In the above chapter, we have discussed that the new files are registered individually for each department for general application, but their classification is based as per the type of their subject. If the subject is the main one, it will be called as Standard Headings and further classification of that will lead to Sub-headings.

During the process of file registration, an alphabetical list of contents will be prepared. This will indicate the Standard Headings, Sub-headings and the pages allocated to them. This makes those files easily traceable during the time of need. 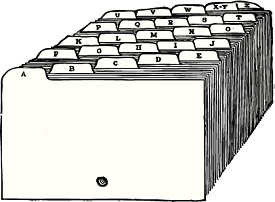 At the beginning of every year the list is updated with proper inspection. The main subjects are always tried to be kept with the same standards – year after year. If found necessary, then with the permission of the Head of the Department any new heading may be added to that list.

Opening of a new file goes through a series of processes. The initial work starts with selection of Standard Heading under which it will be opened. Then the opening hand will add a suitable title for the new subject and will encode a number. This number is nothing but the serial number that is found in the file register.

Title of a File

The Title of a file gives a glimpse of the subject of the file and is tried to be made with a few combinations of words. The first word indicates the subject name under which the file has been opened. The rest of the words describe the descriptive part of the title.

The aim of proper titling is necessary to give a correct idea to the reader on the subject matter and to make it easily traceable among the others. Its approval is done by the Head of the department prior to its opening. The number of subjects are kept exactly same as shown in the file register. 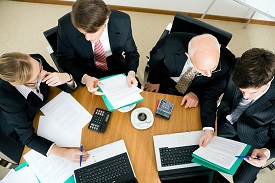 A number given to a file is a combination of the opening year, initial letters used for identifying department/section/unit, “Standard Heading” number and serial number of file present under it.

If the file that we are opening is a Policy file, then it should bear a letter ‘(P)’ after the ‘Standard heading’. A separate file contains the routine action taken or matter dealt with because of a policy decision.

Dealing and filing of those papers is independent of the year to which the reference of that file pertains. For each file, the number of notes and correspondence is limited to 150. If the number exceeds that, a new file will be opened with the same number, but having a different volume number. The previous file will be renamed as Vol-I at present and the same should be quoted in the space provided for the previous and later references.