Artificial Intelligence (AI) is a growing topic in the technology and business world. Many of us interact with AI each day, whether it’s Siri (Apple), Alexa (Amazon), Google Assistance (Google), Watson (IBM), or many of the other services in our homes and mobile devices.

There has been extensive research in this area and further research seems to be inevitable due to its ever growing demand. In this article, we will try to understand the changes in human thinking and evolution of AI and how herculean is the task of matching between them.

Generation Gap and its Effect

To reference a similar example for such failure can be, Video games which were introduced in the late 90’s has lost its charm in 2000’s as play station and the like have come into the picture. This entertainment device which was designed with the 90’s kid’s nature of brain but Play station was built keeping in view of the next generation kid’s human brain as a reference.

Whenever we try to explore more on the human brain and build a technology, it will fail with the next generation brain. As the generation changes, the way of thinking is also getting changed. Technology should also be updated to meet the requirements of the ever evolving needs and changing generational thinking.

For instance, certain popular technologies and products didn’t update to meet the 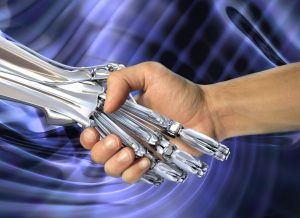 Whenever we discuss AI, we cannot ignore Prof. Stephen Hawking. He has warned that; full Artificial Intelligence would end humans. Yes, the total implementation might end humanity, but that is not predicted for the current, changing world where the requirements keep on changing. 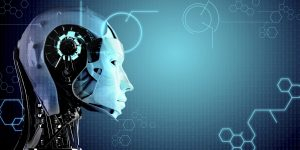 Professor Stephen Hawking is not against AI as he never said that it should be stopped, It’s only our assumption from his speech. However, he warned the research scholars and others that they should not explore more on Artificial Intelligence and try to replace machines with human beings. Such a kind of replacement alone will end humans in this world. Having a machine as personal assistant to help the human being will not end humanity in the world. Technology innovators should try to build some useful machines and products to prove the point that, Artificial Intelligence will truly help human beings sooner or later.

Assistance provided by the machines doesn’t mean that the ability of human beings has reduced drastically. The real fact is, demand has got increased than the human resource available in the market. Unless until we try to incorporate, Artificial Intelligence into the business activity, we will not be able to meet the demands.

An ATM (automated teller machine) can be considered as the best example. It is one of the finest products of Artificial Intelligence. These machines are programmed to think in a logical way to deliver cash. It receives input from the user and delivers cash based on the amount quoted by the user and validates logically with the available amount. These machines have reduced the burden of bank employees and are very useful as the demand is quite more. In this case, these ATM’s are not replacing resources in the banking sector, rather they are helping the back-end employees. That’s the power and limitation of Artificial Intelligence. 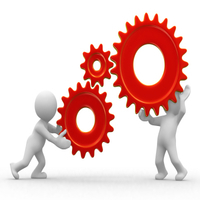 the major challenges with the Artificial Intelligence is that it couldn’t meet the trust of the user and couldn’t adapt to the real-time scenario. For instance, Google Car is one of the best examples for this scenario. A driverless car is a major project initiated by the automobile industry with the help of Artificial Intelligence. People were amazed to find the incredible features of Google car. But it had lost the human trust when it met with an accident. We can call this invention as full Artificial Intelligence which was considered as danger as quoted by Professor Hawking.

Incorporating Automatic gear change can be considered as partial implementation of AI. Probably this is one area we need to concentrate on moving forward in AI. Further deep research on machine learning may help to resolve the limitations of AI.