In this chapter, we will create a model and apply if-else logic to it. Let us first collect blocks to create our model. 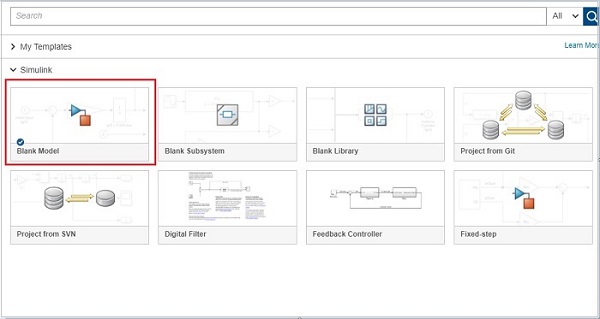 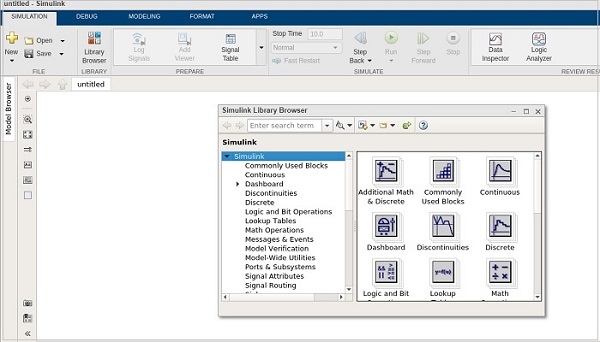 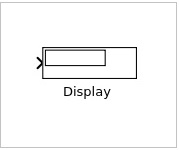 Let us now connect the lines with each block. So you can see that the constant block has one output and the switch has three inputs and one output. We are going to connect them to the display block.

After connecting the lines, the model is as shown below −

Now, double click the switch block and add a threshold. 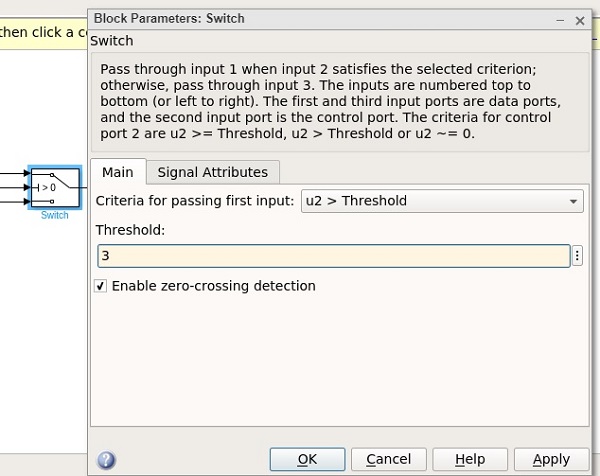 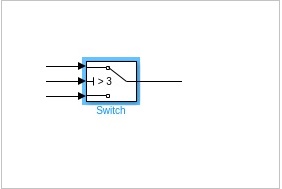 The middle constant block will be compared with the switch threshold and accordingly the display will be decided. 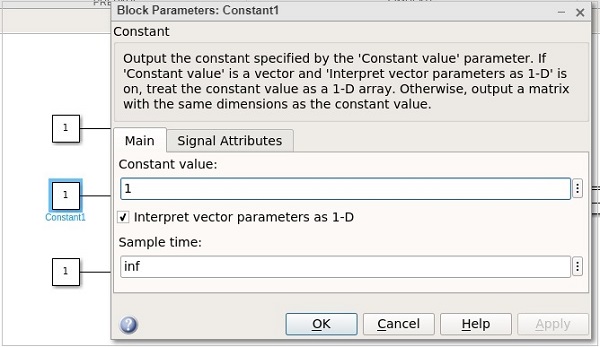 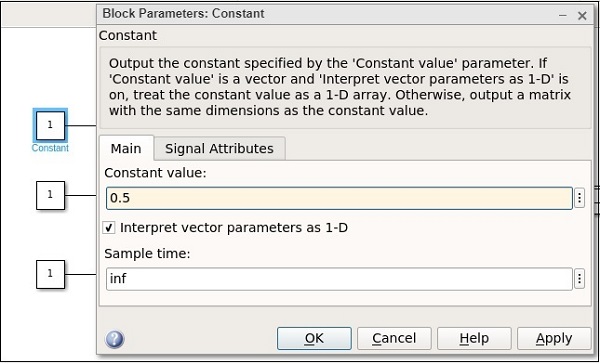 Let us now change the last constant with value as 2.5 as shown below − 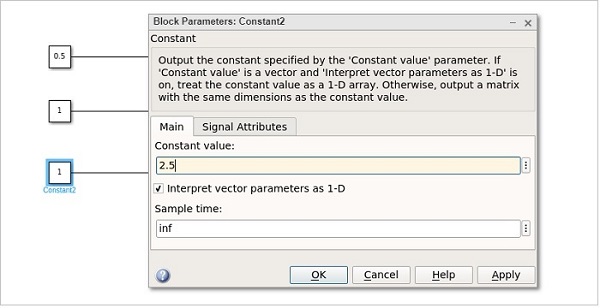 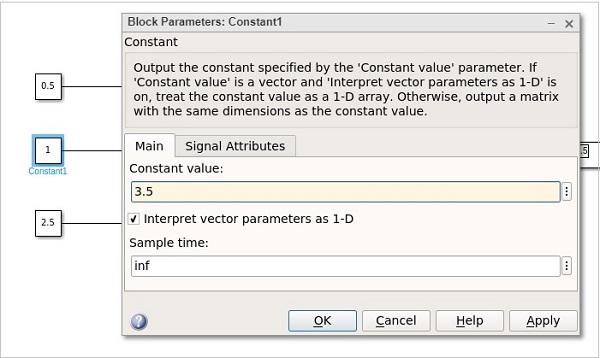 The value is changed from 1 to 3.5. Click on OK and run the model to see the output in the display −