One of the major features of Jython is its ability to use the Swing GUI library in JDK. The Standard Python distribution (often called as CPython) has the Tkinter GUI library shipped with it. Other GUI libraries like PyQt and WxPython are also available for use with it, but the swing library offers a platform independent GUI toolkit.

Using the swing library in Jython is much easier compared to using it in Java. In Java the anonymous classes have to be used to create event binding. In Jython, we can simply pass a function for the same purpose.

The basic top-level window is created by declaring an object of the JFrame class and set its visible property to true. For that, the Jframe class needs to be imported from the swing package.

The JFrame class has multiple constructors with varying number of arguments. We shall use the one, which takes a string as argument and sets it as the title.

Set the frame’s size and location properties before setting its visible property to true. Store the following code as frame.py.

Run the above script from the command prompt. It will display the following output showing a window. 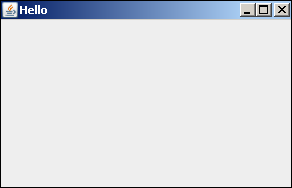 The swing GUI library is provided in the form of javax.swing package in Java. Its main container classes, JFrame and JDialog are respectively derived from Frame and Dialog classes, which are in the AWT library. Other GUI controls like JLabel, JButton, JTextField, etc., are derived from the JComponent class. 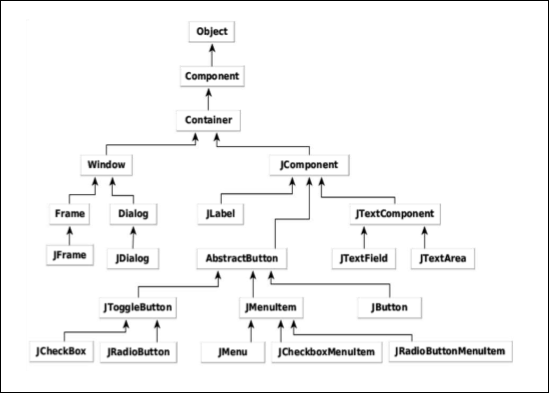 We would be using some of these controls in subsequent examples.