IoT aids in creating better solutions to problems by using technology in the place of force; for example, light in-person investigations of suspicious activities can be replaced with remote observation, logged footage of violations, and electronic ticketing. It also reduces corruption by removing human control and opinion for some violations. 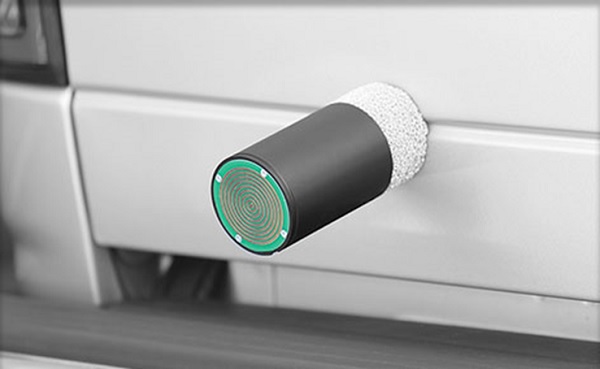 This dart planted in a truck gate prevents dangerous car chases. A patrol car launches the tracking dart which pierces the vehicle. Then the main system receives all data needed to locate the vehicle.

In the criminal court system, this can result in a more effective and fair system. In routine court services, it introduces automation similar to that of common government office services; for example, IoT can automate forming an LLC.

IoT combined with new regulations can remove lawyers from many common legal tasks or reduce the need for their involvement. This reduces costs and accelerates many processes which often require months of traversing legal procedures and bureaucracy.