GE (General Electric) Predix is a software platform for data collection from industrial instruments. It provides a cloud-based PaaS (platform as a service), which enables industrial-grade analytics for operations optimization and performance management. It connects data, individuals, and equipment in a standard way.

Predix was designed to target factories, and give their ecosystems the same simple and productive function as operating systems that transformed mobile phones. It began as a tool for General Electric's internal IoT, specifically created to monitor products sold.

GE offers inexpensive developer kits consisting of general components and an Intel Edison processor module. Developers have the options of a dual core board and a Raspberry Pi board. Developers need only provide an IP address, Ethernet connection, power supply, and light programming to set data collection.

The kit automatically establishes the necessary connection, registers with the central Predix system, and begins transmitting environmental data from sensors. Users subscribe to hardware/software output, and GE Digital owns and manages the hardware and software for the user.

This kit replaces the awkward and involved assemblies of simulations and testing environments. In other simulations, developers typically use a large set of software (one for each device), and specific configurations for each connection. They also program the monitoring of each device, which can sometimes take hours. The kit reduces much of the time spent performing these tasks from hours to only minutes. 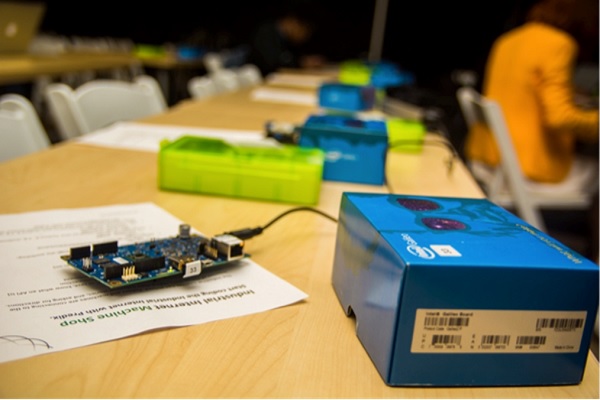 The kit also includes software components for designing an IoT application that partners with Predix services. GE plans to release other versions of the kit for different applications.