Implementation of the concept of History Bits

For instance, the α processors provide one (21064) or two (21064A) history bits in the I-cache for each instruction. In contrast, the UltraSparc maintains only two 2-bit entries for each cache line, which contains four instructions. The Sparc architecture maintains delay slots, thus not more than two branches (and two delay slots) can occur in four subsequent instructions. 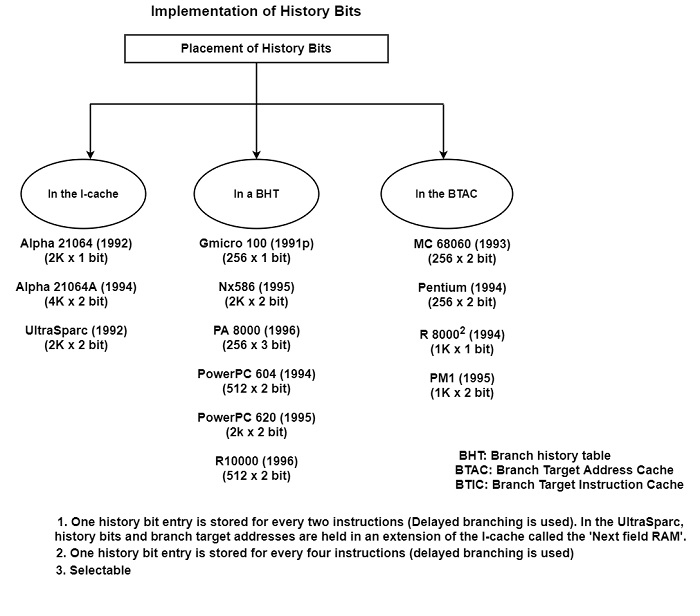 In the PowerPC 604, there is a 512-entry BHT organized as 128 x 4 entries with two history bits per entry. The BHT is accessed by the instruction fetch address and delivers four entries belonging to the four instructions which are fetched at the same time from the I-cache and loaded into the Decode queue. The prediction logic evaluates the history bits corresponding to the branch instruction.

For example, let us discuss how multiple predictions are implemented in the PowerPC 604 and PowerPC 620 processors. In these processors, implicit prediction is combined with 2-bit prediction. The resulting guess is derived as shown in the table.