How to use microsoft keyboard app word flow

On the basis of user feedback the WordFlow has developed some new features. The library including emoji’s and shades have been expanded. Issues of bad accuracy while tapping the space bar have been solved. The memory and performance have been improving. In short it is a great app. 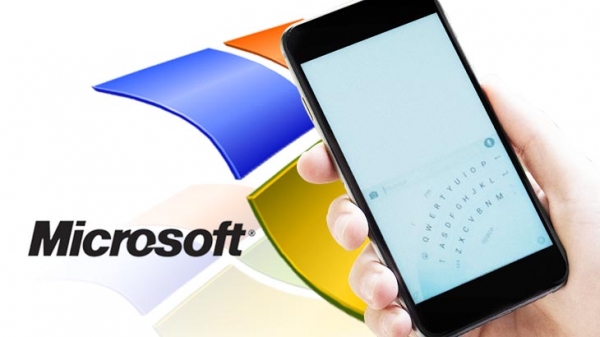 Setting up the Keyboard in Word Flow App − The first thing to do is download the app. Now you need to add this keyboard for full access. This can be done by going to Settings>General>Add New Keyboard> Word Flow. This will add it in your list of keyboards.

Then Tap on the word flow so that it can recognize your contacts from the contact list and make it easier for you the next time you want to send someone a text. Apart from recognizing contacts this also helps in fast messaging.

Make WordFlow Default Keyboard − For making this as your default keyboard go to the keyboard settings and tap on “Edit” in the upper right hand corner. You will see three lines in the right of each keyboard. Touch & drag these three lines to move Key Flow on the top of the keyboard list.

Select a theme in WordFlow − You can personalize your keyboard by adding a background underneath the letters. Themes can be selected either by choosing one from the default themes or you can create your own themes by tapping on the gray tear drop shop shape with a plus sign and create your own theme.

If you want to set a custom image, tap on “My Themes” then select any image from your photo library. Crop the image to desired size. Now tap on ABC tab to change the colors of letter in the keyboard. Then drag the picture of repositioning it and pinch it to zoom. Finally tap on save to set the theme.

Open the WordFlow Keyboard − After setting a theme of your choice, you can start using the keyboard. Close the app and then refer to a contact you want to text. While sending emojis, tap on the globe icon and switch on the Word Flow. After making Word Flow your default keyboard, the app will automatically appear on your screen. In case if it doesn’t tap on the globe button, which is present in the bottom left-hand corner of the keyboard and tap on ABC button. This will solve your issue.

WordFlow Encourages Speed Typing: You can type quickly by trying the QWERTY keyboard. This increases the speed of typing by swiping letters, making them words by merging them in one. This app works through an algorithm which will suggest the next word you want to write. After some time the app will easily predict what you are going to write, making your texting speed more fast and quick. The words will be shown up in a banner over the keyboard.

Switch to Arc Mode in WordFlow App: Instead of typing swiping makes texting lot more easier. But this could be made more quick by simply switching to Arc mode. This mode makes texting with one hand lot easier. What an invention of chatter box.

People who are left handed or right handed should simply download this app right now. This can be activated just by press down or up according to your convenience on the arc icon on the left and right on top of the keyboard.This curve makes it easy to type and swipe just by using thumb.

Change settings in WordFlow App: The settings can easily be changed by users by pressing down on the globe icon. From here you can control all setting like turn on or off the sounds, caps lock control or edit themes. Accessing settings can also be done by pressing in the gear icon.

This app counts the words typed in a minute, it’s great for practicing typing and improving speed skills. Earlier Microsoft’s Word Flow passed the beta testing for iOS. However this is now freely available for Microsoft users for iOS, but this keyboard supports English language only.

The best part of this app is instead of typing every letter you simply draw lines and shapes that connects all letters making it the word you were trying to write. After continuous usage of this app you not think about tying letters anymore but simply develop a muscular memory for that shape.

You can see it as a simple method, but the more you are into it the more you learn about its complexities. This app has a feature called QUERTY mentioned early which helps in combining letters into groups. This assists in achieving large target areas when compared to traditional keyboard with 26 letters.

This app also uses a decoder that recognizes the shapes connecting to the groups. Making it easier to identify words. Just like any other app, one of the pitfalls of this app is accuracy as every group has different letters. With some user interface and machine learning algorithms this problem was fixed to some extent.

This app is considered as the cleanest and best keyboard app till date. It has simple design, highly customizable. It runs smoothly, no input delay with speed typing. The clever feature of curved keyboard, one hand use. Not to forget the fast typing and minimal errors that tops the list.