The biker, rocker, and leather subcultures are the origins of heavy metalinspired apparel. Heavy metal fashion includes combat boots, studded belts, high-top basketball shoes, blue or black jeans, camouflage shorts and pants, and denim jackets or kutte vests—often adorned with badges, pins, and patches—are all examples of heavy metal fashion. Old school thrash metalheads are more likely to wear combat boots and studded belts. Germanic and Germanic imagery, such as the Iron Cross, is popular, much like with motorcyclists. 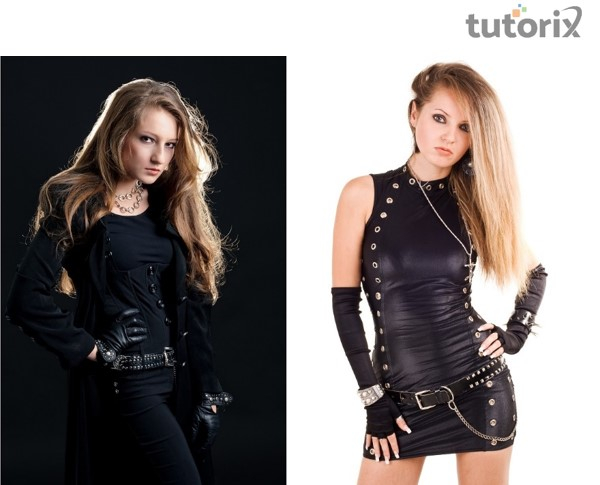 What is Heavy Metal Fashion?

Heavy metal fashion, sometimes known as metalheads or headbangers, adopts a certain style of attire, body modification, makeup, hairstyle, and other aesthetic choices. While fashion has evolved from the 1970s to the 2020s, several essential components have stayed the same, like black clothing, long hair, and leather jackets. Some bands started donning spandex in the 1980s. Other clothing options include leather or denim vests or jackets decorated with band patches and logos, band-named t-shirts, and spiked wristbands.

Different elements of heavy metal attire can be attributed to various bands, but Judas Priest, particularly its frontman Rob Halford, is given the greatest credit for redefining the look. As early as 1978, while the Killing Machine record was being promoted, Halford appeared on stage dressed in a leather costume. In a 1998 interview, Halford cited the leather subculture as the source of inspiration for this appearance. Halford may have popularized leather, but K.K. Downing wanted a style that complemented the music they were making. Downing began appearing on stage dressed in studded leather. The rest of the band soon followed. Live concert recordings from 1978 are a good example of this.

Heavy Metal Fashion is Influenced by a Variety of Factors

With members of 1980s thrash metal bands like Metallica, Destruction, and Megadeth sporting bullet belts around their waists on stage, certain inspirations from contemporary military attire and the Vietnam War may be seen by thrash metal fans and bands. As it reflects similar sentiments to the hardcore punk subculture, this style is frequently associated with punk-metal and anti-fashion. Udo Dirkschneider, the former lead singer of the German heavy metal band Accept, contributed to military fashion by donning military pants in 1982, widely regarded as the year that the first heavy metal musician wore them.

This is the traditional metal style. From Metallica, Anthrax, Slayer, and Megadeth to thrash fans partying in shopping center parking lots or playing in their own garage bands, every early '80s metalhead donned this. Like punk rock before it, the thrash style served as a practical uniform for ferocious performance while also bridging the gap between bands and their fans. The Thrashers only needed these items in order to have a quick and wild time: ice hockey hair or flowing locks; a vest or T-shirt; slim jeans; studded belts; high-top basketball sneakers; and a vintage denim battle jacket. Indeed, the early thrash outfit is such a timeless look that hipsters in the twenty-first century are sporting it right now.

Being outrageously costumed is one of the few music genres that openly encourages it. Aside from being the forerunners of outrageous onstage disguises, Kiss and Alice Cooper were also responsible for the genesis of hair metal. The idea of costume metal was elevated to a whole new level, however, with the mid-'80s appearance of Richmond, Virginia's Gwar, who looked like scifi warrior aliens and fired synthetic bodily fluids from enormous, phallic-looking guns. In the 1990s, bands like Mushroomhead and Slipknot followed suit with their spooky horror-movie masks, while Sweden's Ghost, led by the demonic cardinal Papa Emeritus, are cowl-clad and wear cowls.

Arena-filling bands like Limp Bizkit, Korn, Linkin Park, Godsmack, Staind, and Disturbed were the leading exponents of nu metal, which was the unholy fusion of thrash and speed metal with pop, funk, and rap. Nu metal ruled the globe for a brief period in the late 1990s like a pumped-up, frat-boy behemoth, and although it is still heavily criticized by music critics and musicians, nu metal's impact can still be heard in today's pop-oriented hard rockers. Its clothing, a sort of gym-friendly, spring breakers' get-up for irate young guys, isn't missed, though. But if you want to try a comeback, dress in baggy three-quarter-length jeans and a vest, grow a goatee beard, and get a chain wallet like the kind Korn sang about in “Freak On A Leash.”

The topic of black metal has generated much debate over the years. As a response to middle-of-the-road death metal and a conservative culture in general, the sound and its misanthropic aesthetic first formed in Norway. We'll avoid addressing some exceptionally horrible atrocities that some bands in this subgenre have committed here. But the rage released by groups like Mayhem, Darkthrone, and Dimmu Borgir is both energizing and disturbing. They fixate on rune-adorned gauntlets, ominous-looking spikes, upside-down crosses, pentagrams, Thor's Hammers, and tons of corpse paint, and they also bring the dark back into metal fashion.

The music has a special place within the heavy metal subculture because it serves as its primary icon. The music does not, however, exhaust the subculture. The primary audience benefits from a degree of independence and initiative compared to the other participants in the transaction that makes up metal because it also contains nonmusical aspects that combine to create a distinctive style and fashion. The main audience becomes crucial to defining what metal is through the elements of its style. The term "style" describes a wide variety of ways the body is presented, animated, and chemically altered.