When a job demands so much discretion as the job of Executive Assistant demands, there is every possibility that people will start making conjectures on the actual nature of the job. A lot of people might think that assistants are overrated, while others think that they are the ones who run the proxy show.

It is true that there are many unofficial responsibilities that come with the job, so the Executive Assistants understand that they might have to live with a few myths around their job.

Some of the most prominent myths have been mentioned below.

Myth 1: “Executive Assistant” is just a Fancy Name for a Secretary

Reality − While the most important tasks of an Executive Assistant are secretarial in nature, their job responsibilities often give them additional authority to step in as an alter ego on behalf of their bosses in meetings and presentations. They are considered a natural extension of their bosses.

Many executives are completely dependent on their assistants to keep track of their progress, work and tasks. They also rely on their assistants for new ideas, perspectives and brainstorming other thoughts. In these cases, the assistants can also influence decision making. Hence, they play an integral role in the success of the executive and the organization of which they are a part.

Myth 2: Being an Executive Assistant means being used and abused

Reality − The relationship that an Executive Assistant shares with his boss is complicated and unique. The levels of dependency that a boss develops on his assistant could convert the relationship from that of a “supervisor-subordinate” deal to a genuine partnership. 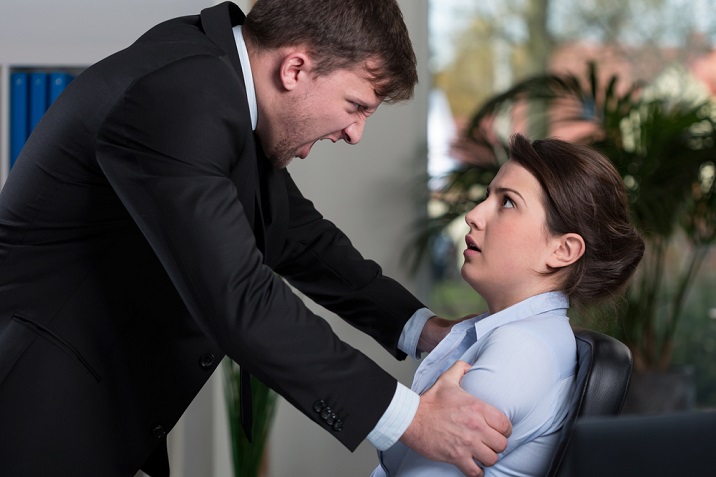 Typically, the relationship between an assistant and an executive involves sharing important details that are confidential in nature. Hence, it involves a high level of trust. The assistant is explicitly involved in the planning and needs to be a person of high integrity. Because of this loyalty that these two share, their goals are often defined by each other’s success.

The assistant faces some of the biggest challenges simply because he is managing the most powerful executive in the entire department, possibly the organization. There will be many processes running parallel to one another and the assistant is expected to keep a track of all these, and provide a timely conclusion for all of them.

Most leaders are intensely driven by their goals and vision which makes them quite vocal with their opinions. This often leads to stress and high tempers. The assistants get subjected to such emotional outbursts at times. However, experienced Executive Assistants know that dealing with conflict is a standard part of any job and know how to communicate effectively even under stressful conditions.

Reality − An Executive Assistant has the entire world as his oyster to speak. He/she has the privilege of getting an opening into all the important departments of the organization. As it is highly likely that he/she will get career opportunities that few can only dream of. It is possible because of their regular interactions with influential people in their organization.

Working as an Executive Assistant is also a very lucrative career option, unlike what the public perception is. In addition, Executive Assistants are also entitled to many performance-based bonuses. Not to mention the various perks, discounts, add-ons and incentives they receive in their job in the form of travelling benefits, air miles, health benefits, gym memberships, etc.

This makes the Executive Assistant’s job financially secure, and an enviable job in many ways. Not only are they working with the crème’ le crème’ of the organizations, but they are proving their skills and getting handsomely compensated for their sincere efforts as well.

Myth 4: It takes little or no training to be an Executive Assistant

Reality − While some parts of the job of an Executive Assistant are quite basic and clerical in nature, the overall job responsibility rivals that of the boss himself. Although the designation doesn’t always demand a college degree, it can be a valued asset for someone trying for an ambitious and influential career goal.

Many Executive Assistants don’t start their careers with a degree. In the absence of a degree, they go for additional services like attending junior college courses and obtaining important and relevant certifications, preferably in computer technology or business administration or anything that helps the assistant in professionally expanding his or her skills set.

This position requires a person with a level-headed approach and a pleasant personality. The person needs to be a problem solver, so he/she should have the analytical skills of one. These skills will come in time and with facing different scenarios. These intricate details cannot be learned overnight.

Myth 5: Being an Executive Assistant is a boring, thankless job.

Reality − The Executive Assistant is as boring as the assistant wants to make it. In other words, there are innumerable career opportunities and learning chances available in this position. When you report directly to the boss of an organization, there are no shortage of different responsibilities and the best assistants work hard to learn all the roles, so that they represent their bosses in meetings confidently.

It is because of this extremely personal nature of the job that some people find it extremely fascinating while others consider it too challenging. Some will also find it boring and dull, however, one can say that they never understood the job in the first place.

Most of them feel rewarded and enriched with experience after spending some time working as an Executive Assistant. Having said that, the importance and value of the designation changes as per company and organizational needs.